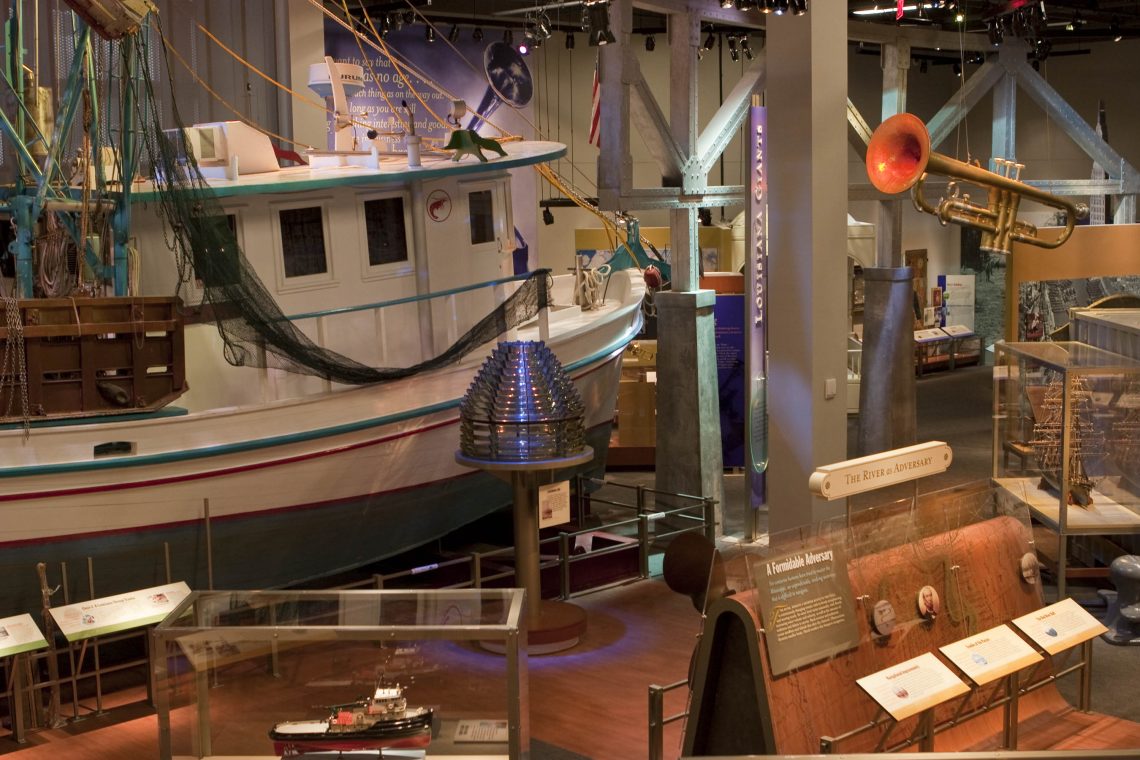 “How is it that I come home [to Baton Rouge] several times a year and have never heard of this awesome museum?” I asked, confounded that such a treasure trove of Louisiana history and culture had evaded me. 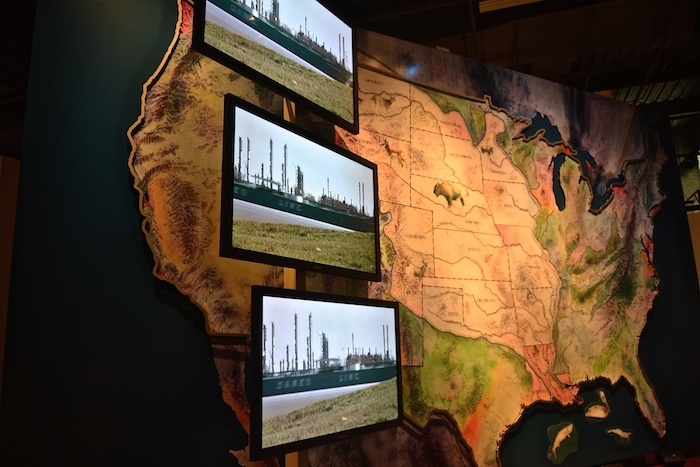 The Capitol Park Museum, one of many in a state-wide system of museums, is probably one of, if not the coolest museum I’ve ever seen. And I’ve been to some pretty fantastic museums: The Holocaust Museum, The Apartheid Musuem, all of The Smithsonians, the Louvre….

Now, I’m not saying the Capitol Park Museum is the best or most impressive museum in the world (which might be reserved for the first two I just mentioned above). Just that it’s the coolest. Completely subjective, I know- but here’s why I think so. 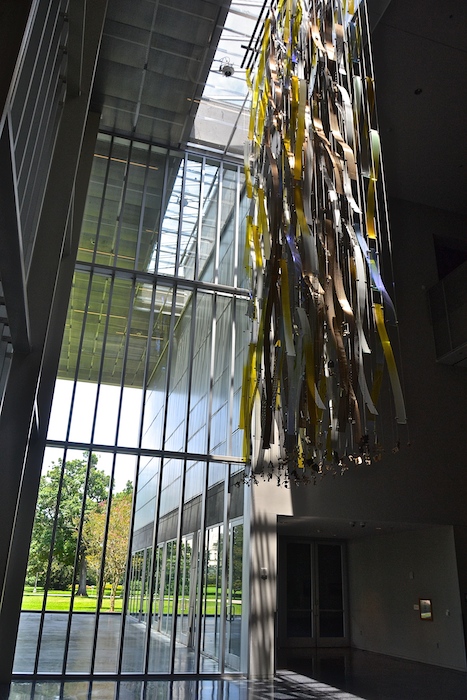 The museum is set up like something out of Disney or Universal Studios theme parks. The quality of the exhibits are top-notch. The artifacts, bigger than life, like this 48 foot wooden shrimp trawler, are candy for the eyes and imagination. 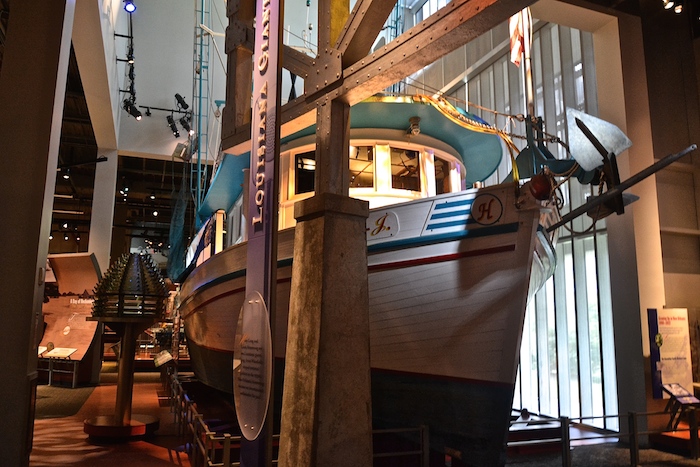 If you’re an experiential learner like me, then you probably appreciate being visually stimulated and entertained while digesting informative tidbits about history and culture. 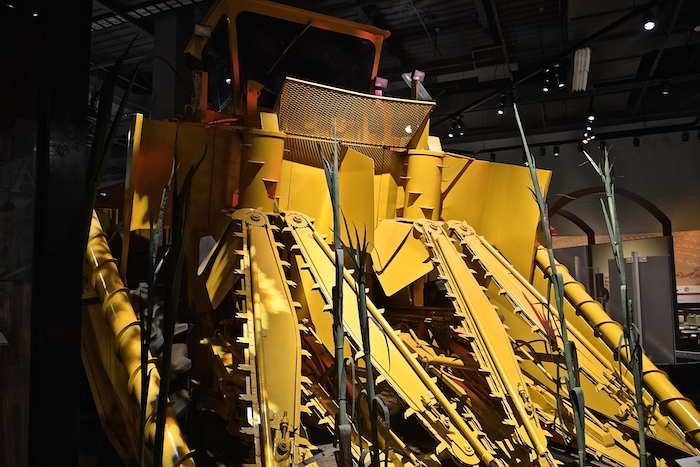 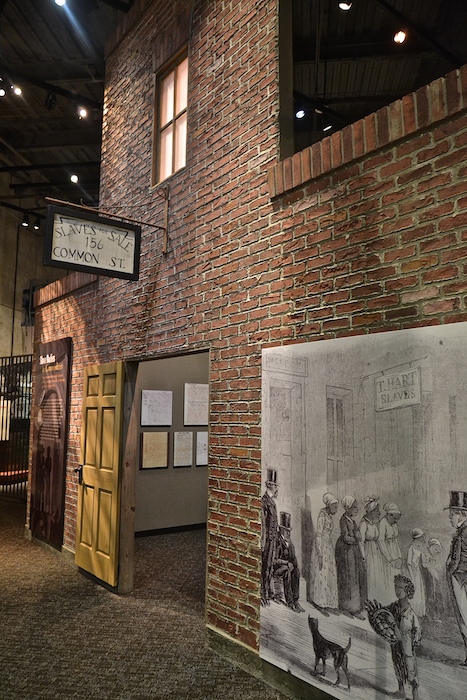 I discovered crazy things that I never knew about my home state, like the fact that Poverty Point, a pre-historic earthworks site, predates The Pyramids at Giza. Not to mention, it’s a World Heritage Site. I guess Poverty Point, Louisiana is getting dropped in to my bucket (list). 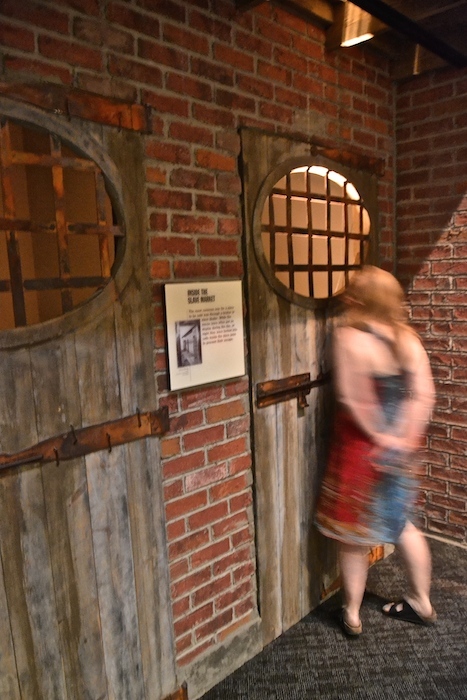 Some other factoids that I had known (I think) and forgotten came bubbling back to the surface, like Plessy v. Ferguson (born from Louisiana’s Separate Car Act) and The Baton Rouge Bus Boycott. 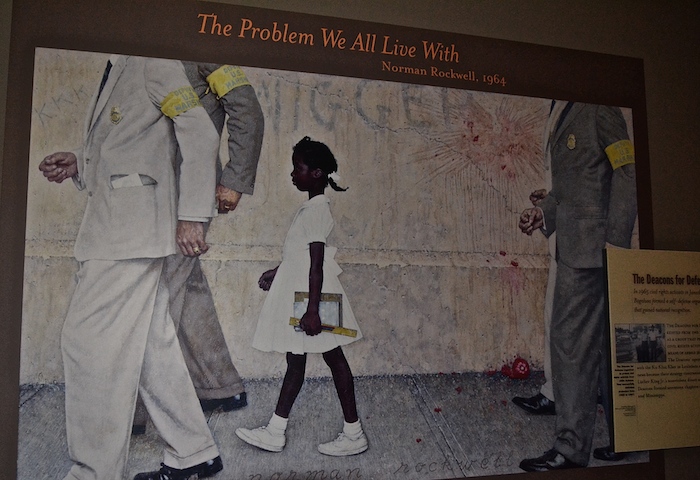 So, this is just an assumption, as there were no kids around this particular quiet August day, but the museum seems perfect for children. All of the interactive exhibits are visually and aurally stimulating. So parents can get their museum fix while the kids are entertained. I can’t wait to bring my daughter when she’s a little older and can appreciate it. 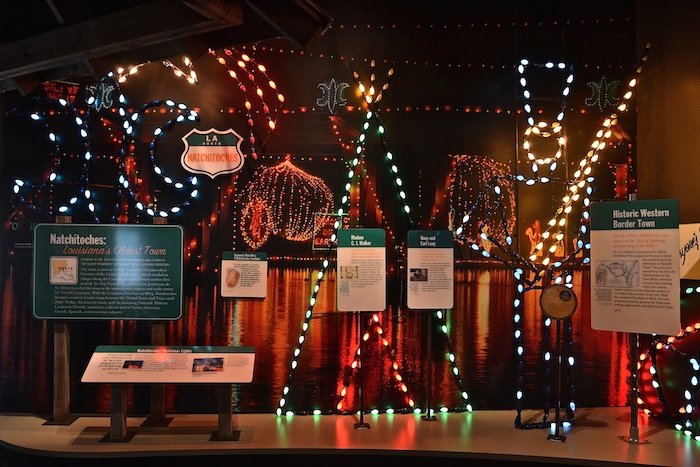 I’m culture-obsessed (which is why I studied anthropology, I guess…). So I’m sure that plays a role in my decision to love this place. It’s all about Louisiana culture. History, too, but I think that history is part of our culture.

We had an hour to devour this fantastic museum- not enough time to even snack. I was so enthralled with the political – historical – agricultural exhibit on the first floor (entitled Grounds for Greatness: Louisiana and the Nation), that by the time I got upstairs and realized I wanted to spend all day at this Louisiana culture love-fest (Experiencing Louisiana: Discovering the Soul of America), I was almost out of time.

A massive crawfish peers over a postcard, greeting you at the exhibit entrance. 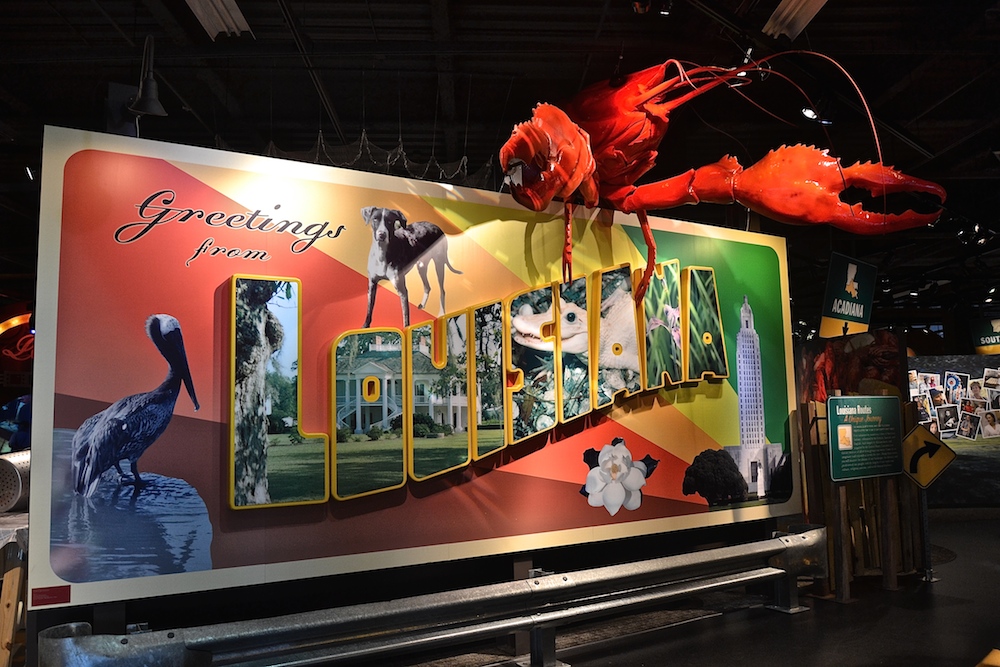 From there, you journey on an imaginary road trip through three regions of Louisiana. Cajun music filled the air until I turned the corner around a tree (yes, a tree) only to hear sounds from Mardi Gras. 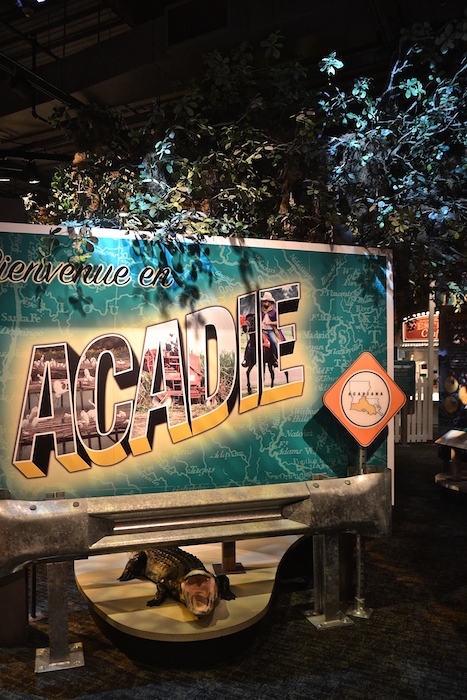 Watch out for that gator- under that tree!

I ran around like mad trying to read what I could about the peoples of North (largely Protestant), Southeast (Baton Rouge, New Orleans), and Southwest (Cajun-Acadian, rural Creole) with a mere 15 minutes to spare. 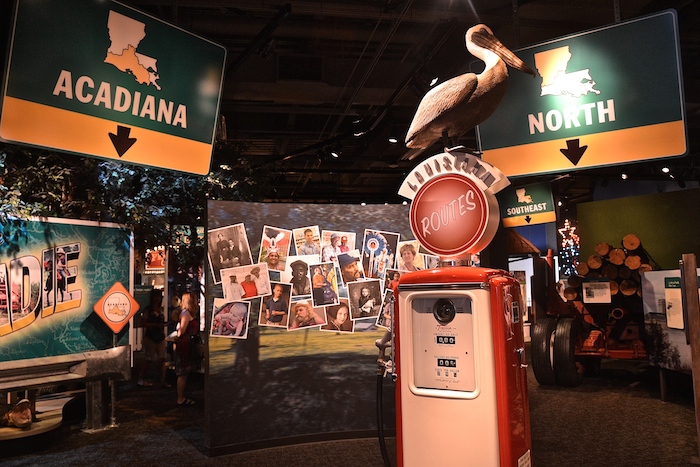 Is it just me, or is there a common tendency to take your home (state/region/country) for granted?

I feel like I grew up wanting to learn about other places, not necessarily the histories and traditions from my immediate surroundings. The customs were there; Mardi Gras, king cake, gumbo…. but the historical context was always secondary to the celebration itself. I think that moving away has definitely made me appreciate my home state in a very nostalgic yet fresh way. 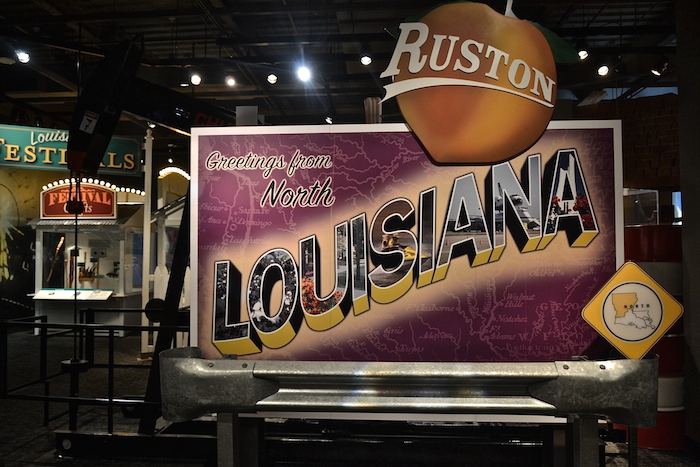 Why is it called Capitol Park Museum?

Because the museum is located in Baton Rouge’s Capitol Park. 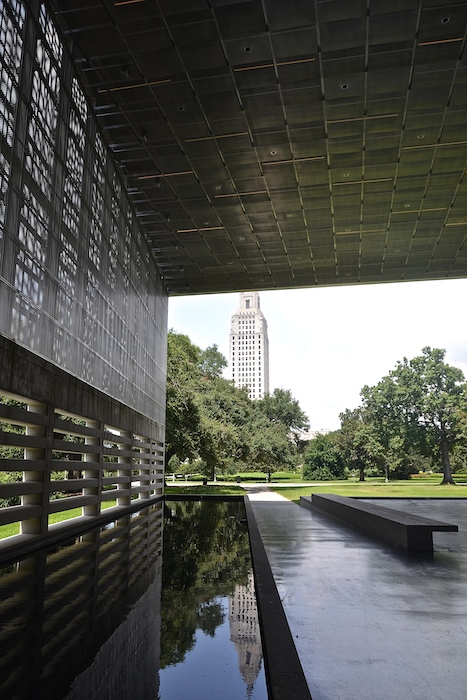 That’s the State Capitol in the background. Aren’t those oak trees gorgeous??

Did you know that Louisiana’s State Capitol is the tallest capitol building in the United States? 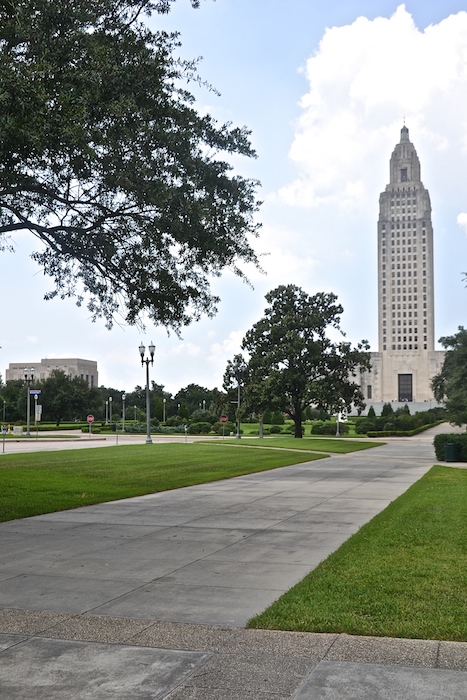 The next time I’m home for a visit, I  think I’ll head back to the Capitol Park Museum and spend some serious time  exploring my state’s culture.

Our visit to The Capitol Park Museum was one of the cultural but non-culinary stops on our mostly food-focused Baton Rouge weekend itinerary. My entrance in the museum was complimentary, and I received compensation from Visit Baton Rouge. All opinions stated here are, as always, 100% my own. 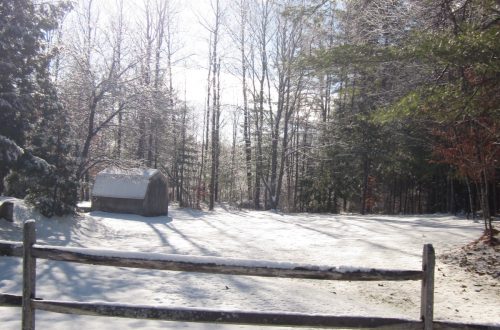 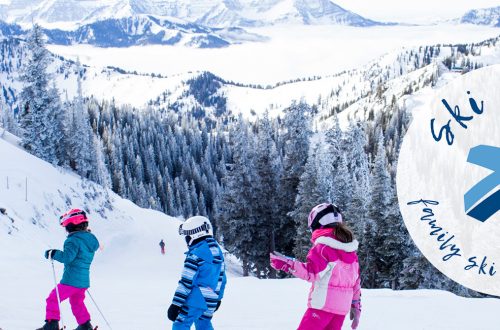 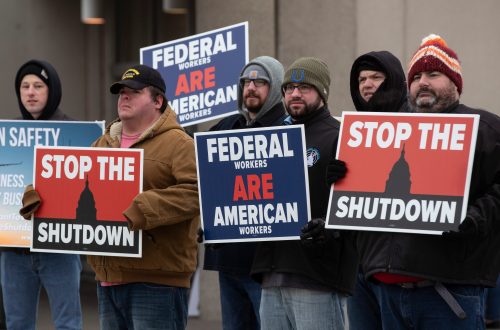