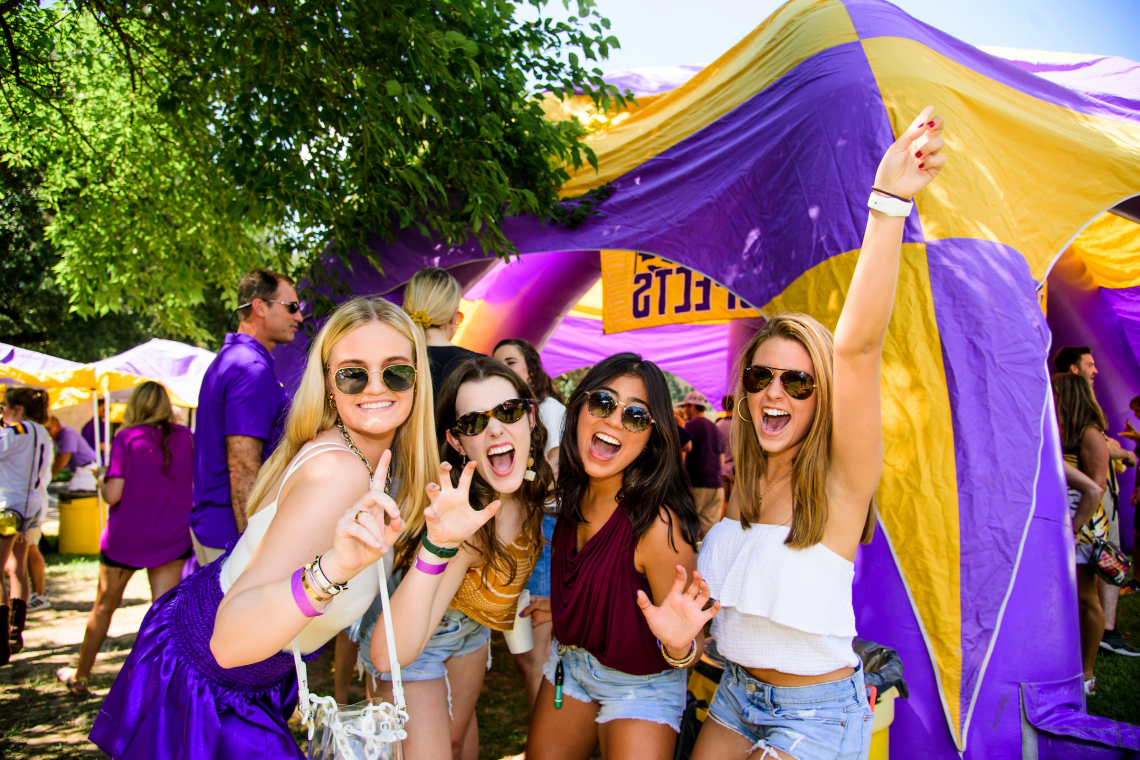 It was a sultry August afternoon in Louisiana’s capital. As I made my way down River Road, the castle-like Old State Capitol building caught the corner of my eye.

How many nights I’d enjoyed glamorous weddings of friends and family here...

But there was no time to reminisce. I was on a mission. 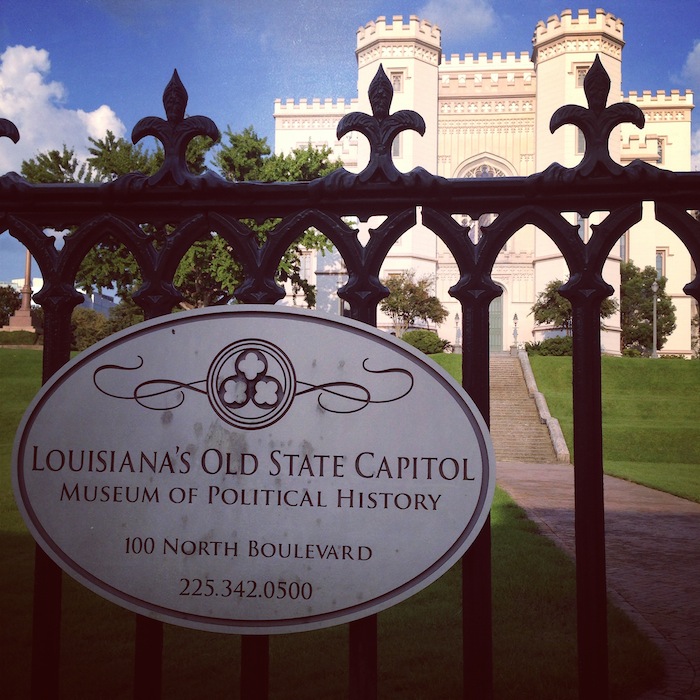 I had a tailgating party to get to. It was one week before Louisiana State University’s first home football game. A slew of breweries, restaurants. and other Baton Rouge businesses were holding court in The River Center (what we knew a The Centroplex as kids) for the kick off celebration of what is easily Baton Rouge’s most popular season: LSU football. 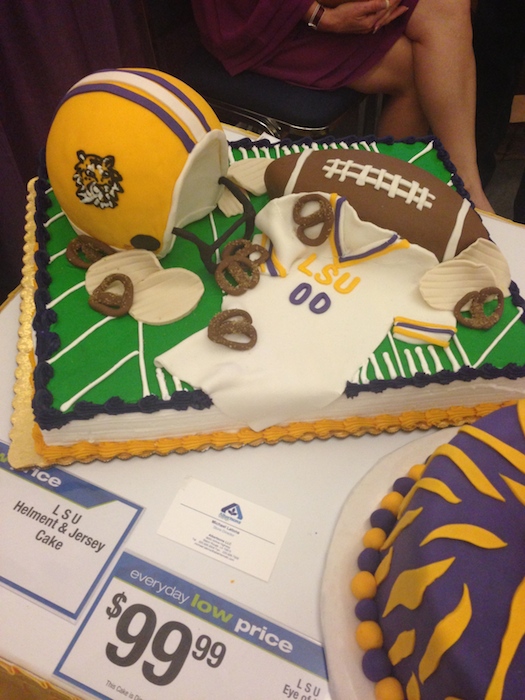 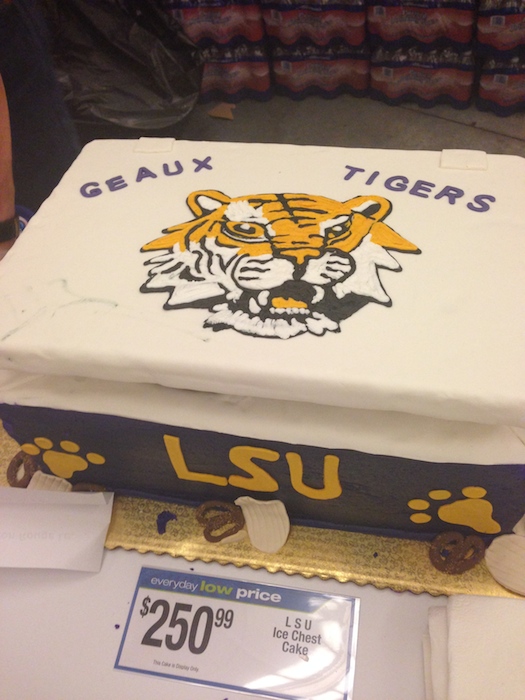 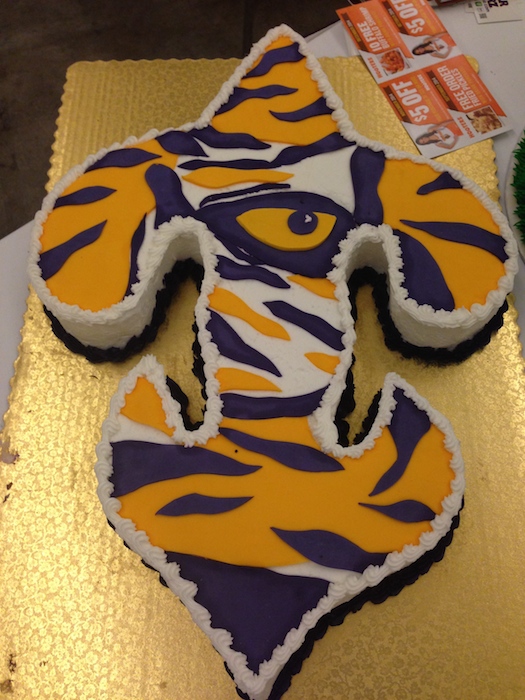 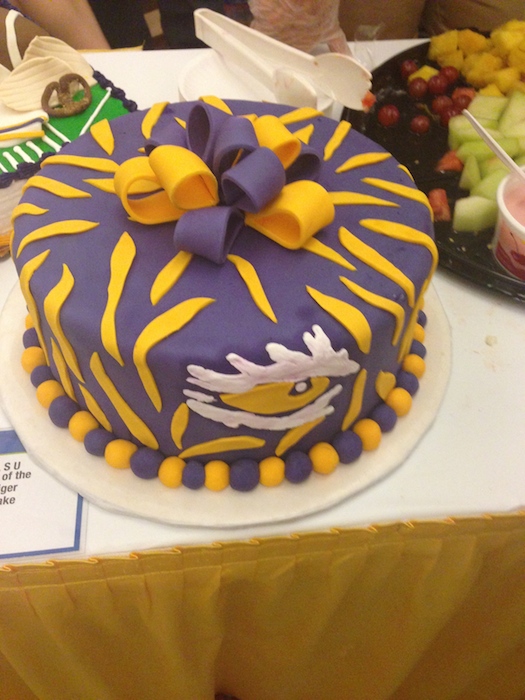 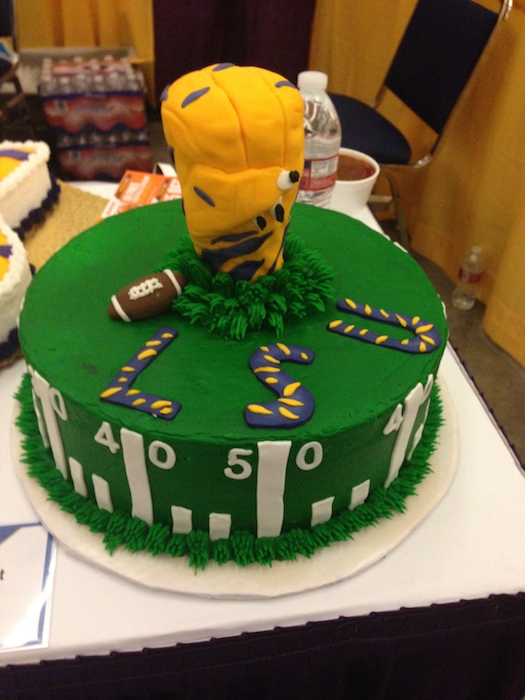 Tailgating on game day is so engrained in Baton Rouge culture that people literally plan their lives around the games. Weddings strategically fall on bye weeks. Vacations are planned around the Alabama or Texas A&M games. RVs begin filling the university’s parking lots the Thursday before a Saturday night game.

The excitement in the air is palpable. It seems like the entire city is in Tiger Stadium on Saturday game night. When Chris Christensen interviewed me about Baton Rouge for The Amateur Traveler, I gushed on about the importance of LSU football to the average Baton Rouge local. 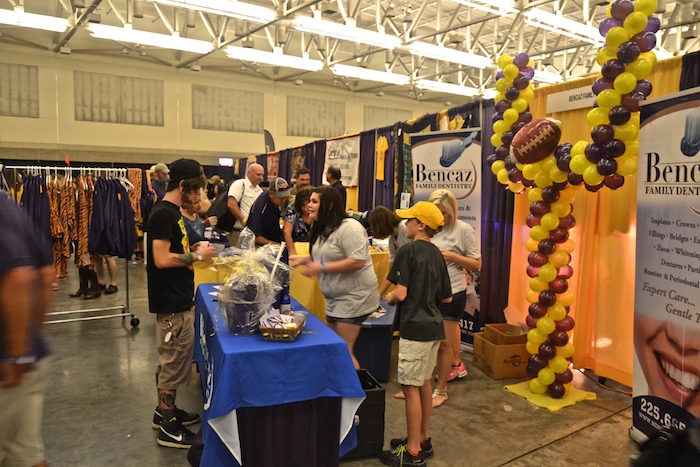 My first time at this event, I had no idea what to expect. Food, beer, music….. I assumed, but I didn’t realize how much food and beer and ….  shots there would be. 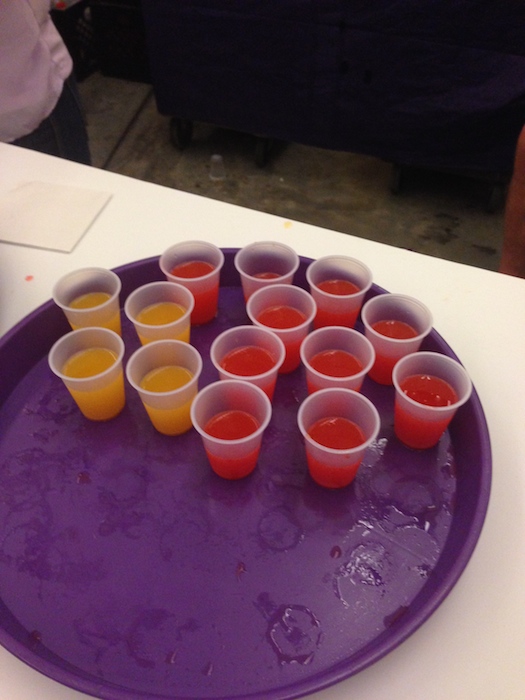 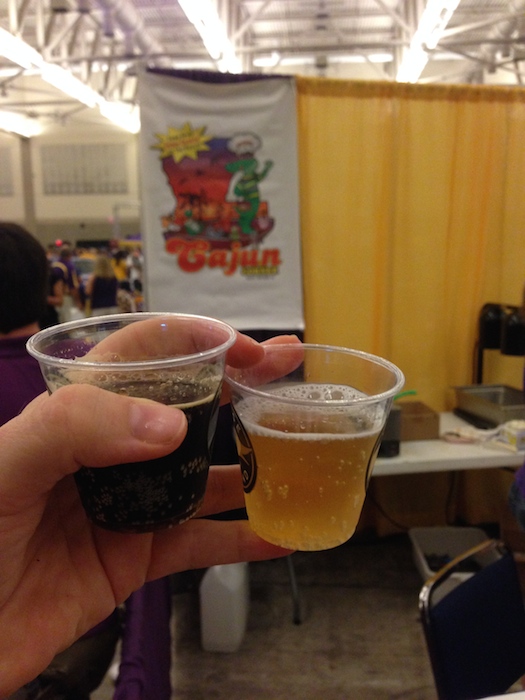 I loved sampling all of the beer from the various regional breweries who showed up to show off their malts, hops and yeast.

One of the highlights was the malty, sweet flowery hops of Covington Brewhouse‘s Bayou Bock (their interpretation of the classic Bavarian Heller Maibock). I met owner and President David Arbo, who explained that the brewhouse, once called Heiner Brau, is the second oldest active brewery in Louisiana. Mr. Arbo was a physics teacher who was “breaking beer” (according to his students) when he transitioned into the business, purchasing the operation in 2013. 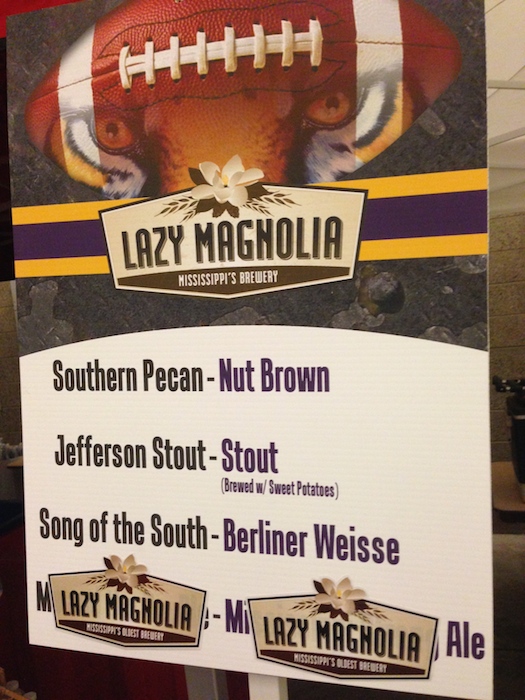 One of many regional breweries attending Taste of Tiger Tailgating

Boudin is one of my favorite Louisiana foods. A spicy sausage made from pork rice dressing, it can also be fried into a local favorite: boudin balls.

Remember my post last year about visiting an old favorite, Tony’s Seafood? Their boudin balls are the best! 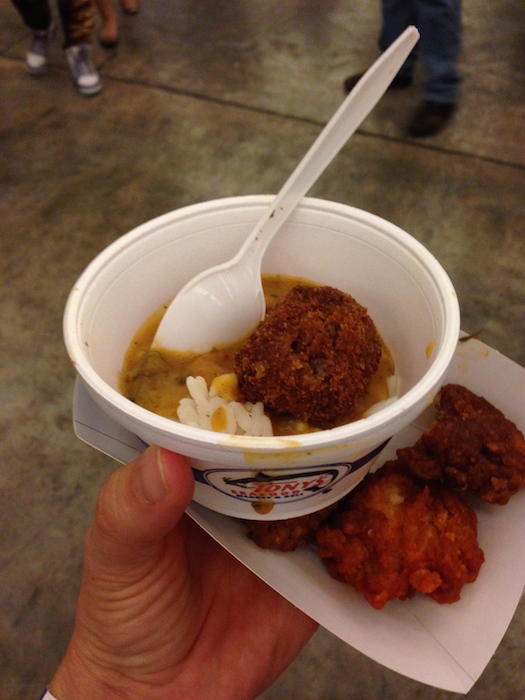 Every other vendor seemed to offer boudin, all competing for the best balls in the room.

There was a lot delicious Louisiana seafood as well. And gumbo (a tailgating staple). 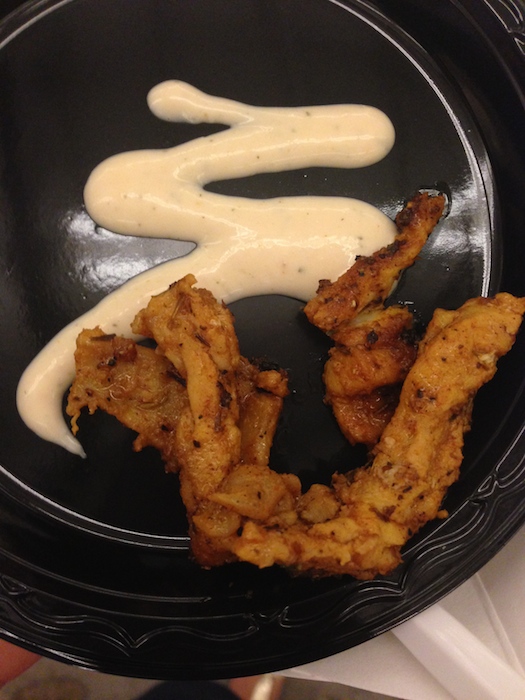 Blackened alligator, one of my FAVORITES.

What’s a tailgating party without some music?

As a Louisiana native, I’ve always tepidly claimed Britney Spears as one of our state celebrities. From the small town of Kentwood, she put LA on the pop world map in 1999.

Despite her extraordinary success, the gal’s a bit of a mess (depending on when you catch her, I guess). I always had mixed feelings about her representing our state.

So, you can imagine my skepticism when hearing her little sister, Jamie Lynn Spears, was “headlining” the event.

Wait, what? Jamie Lynn Spears sings?  Oh yea she does! And man, does she have some PIPES! 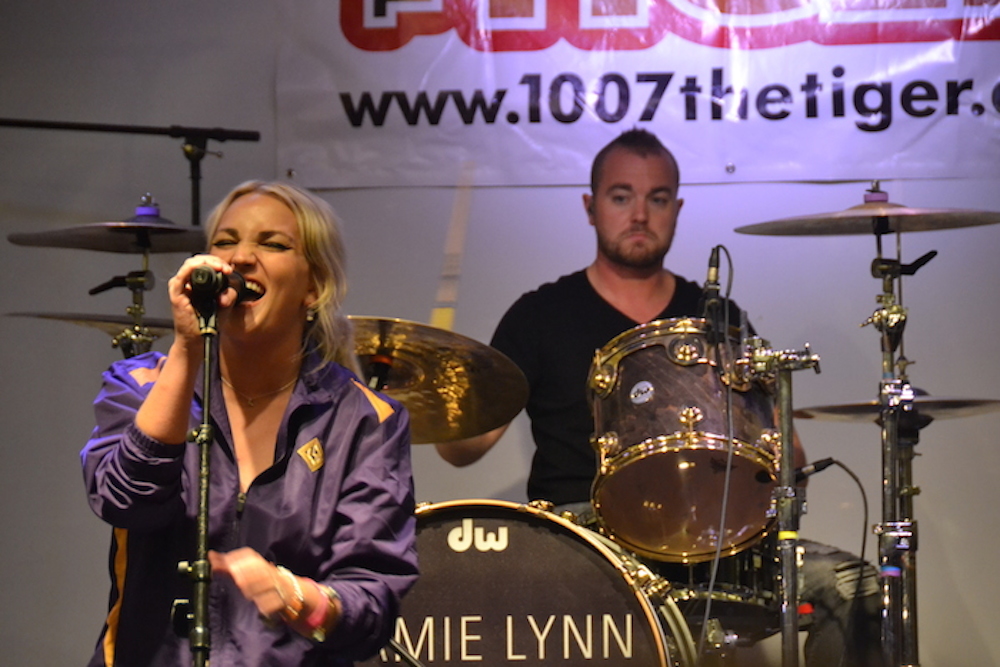 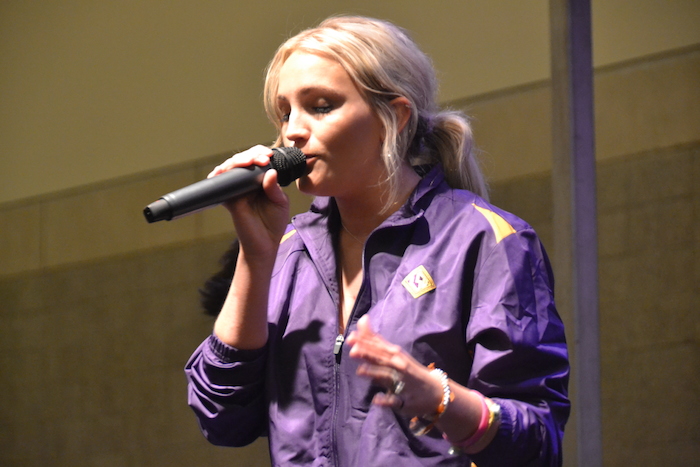 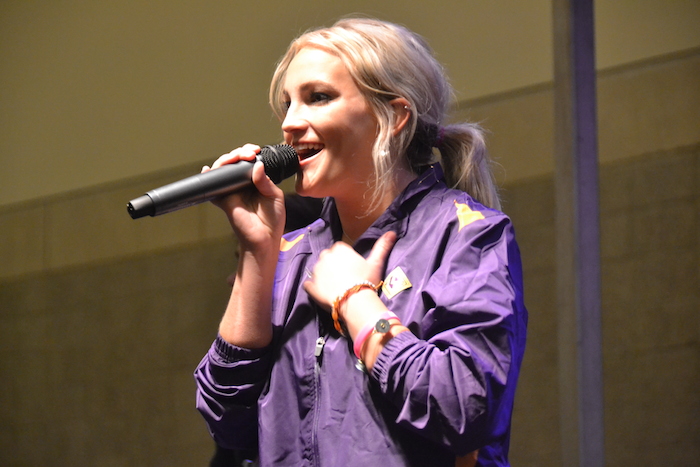 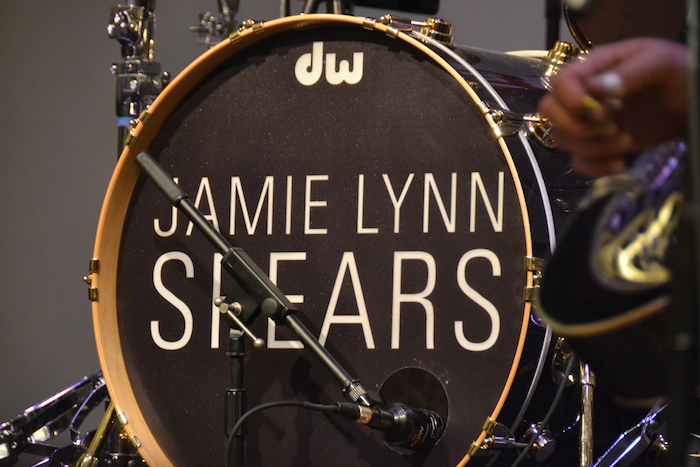 I love the folksy, “mountain music” sound of a banjo and fiddle. 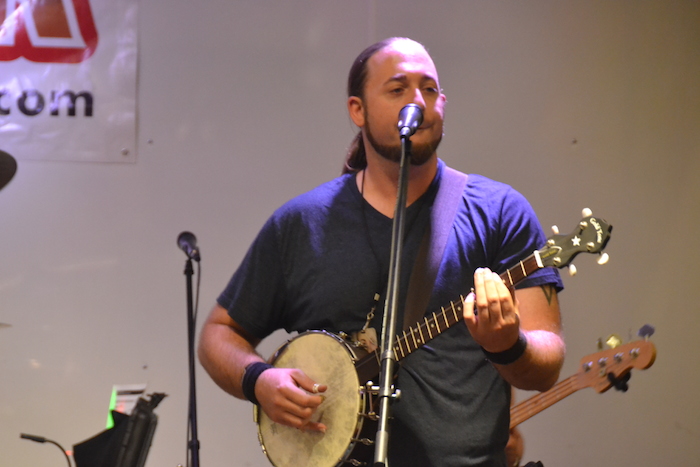 I’m not the biggest “country music” fan per se, but I do live in (country) Music City- Nashville. And so does Ms. Spears, apparently. I had no idea. 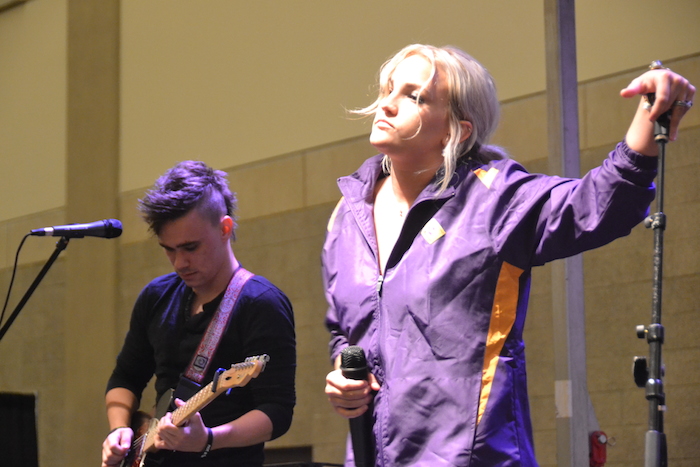 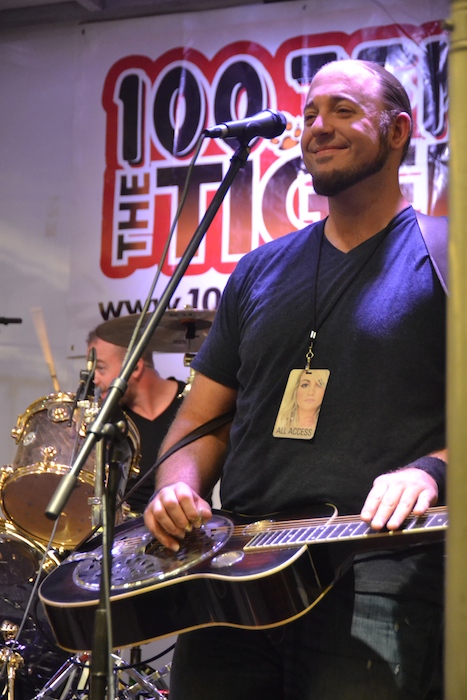 I appreciate and admire her separation from her sister’s top-pop stardom. Her band’s sound is authentic, soulful, and it just works.

She sings affectionately about her laid-back home state, preferring it to the craziness of the other LA (Hollywood). Embracing her “small town girl” status, she shies away from the celebrity limelight (or at least claims she does).

I felt myself feeling a little Louisiana pride. You go, girl! This is a sound I can embrace.

Trying to remain true to her Louisiana roots, she sings about where she’s from, where everything’s sacred and nothing gets done, in the catchy song Run. 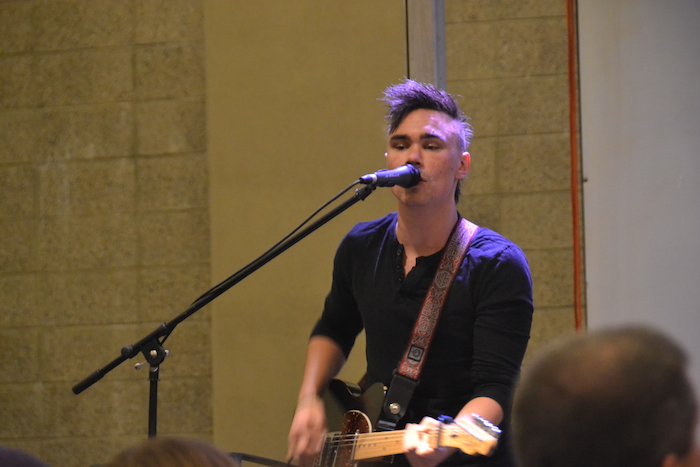 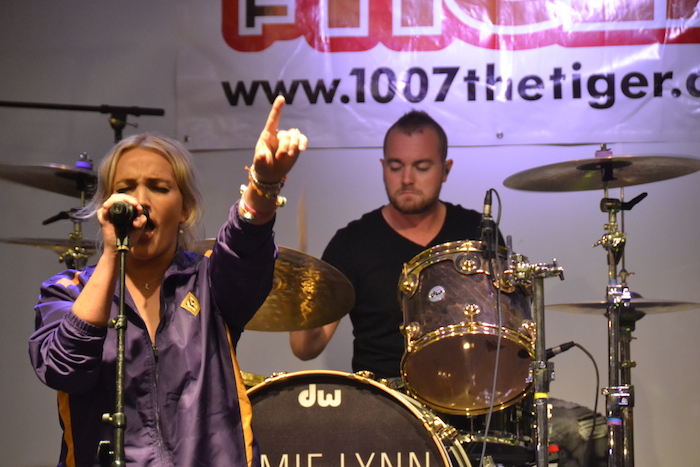 I must say, after hearing her band, I was amped up to seek her out back “home” in Nashville. I wonder if she plays a lot locally? 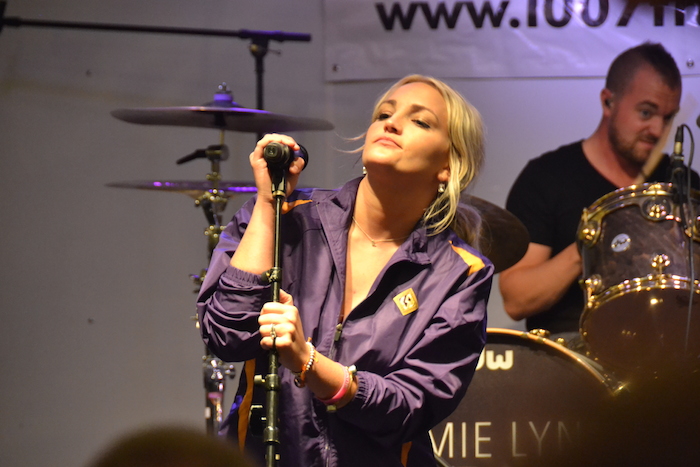 Leaving the event, I was fired up for LSU football season….and loving my home town just a little bit more. 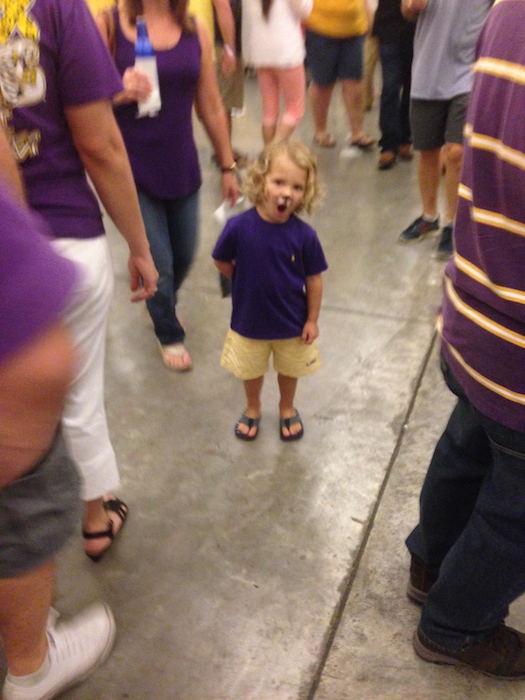 Tiny Tiger, working on his roar

Now I just need to get home for a game!

I was a guest of Visit Baton Rouge and received compensation and free entry in to Taste of Tiger Tailgating. All opinions are my own. 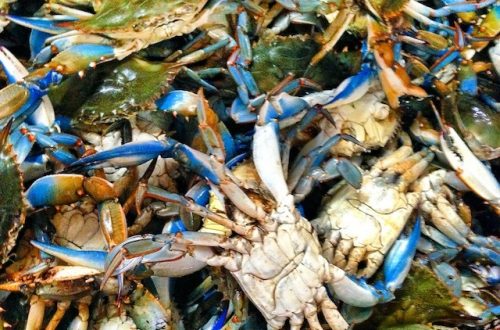 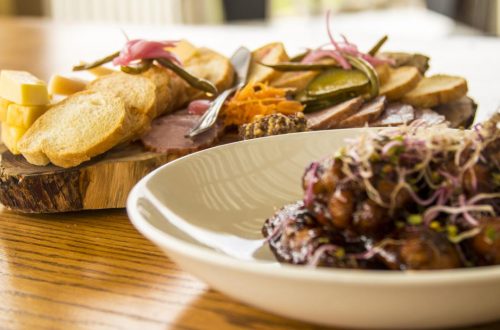