Family ski vacations are always a lot of fun. Young kids can go to ski school, families can hire private instructors for the day, or everyone can run off and do their own thing with friends, planning for family lunch and snack meet-ups at a cafe on the mountain (thanks to smart phones!). 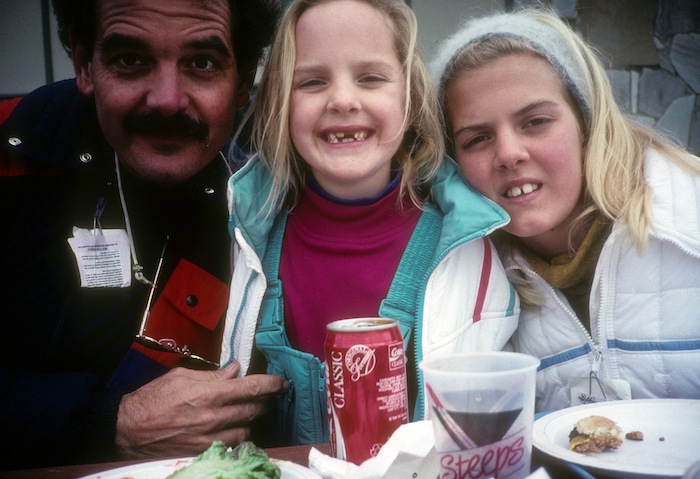 That’s me on the right. Ole bucky, they used to call me…

Ski vacations are great for family travels because of the independent nature of the sport, general safety of ski resorts (I’ve never heard of a parent worried that their kids would be kidnapped on the slopes), and imminent family time when returning to your rental condo or house in the evenings.

My friend Mara Gorman, who runs the blog The Mother of All Trips, is a family travel expert. She and her husband bring their two boys skiing all the time, and she is a wealth of information on the topic of family ski vacations. Mara covers everything from the best ski resorts for families to what to pack to where to eat. Check out some of her great advice here.

Throw it on back, y’all… Why did we ski? 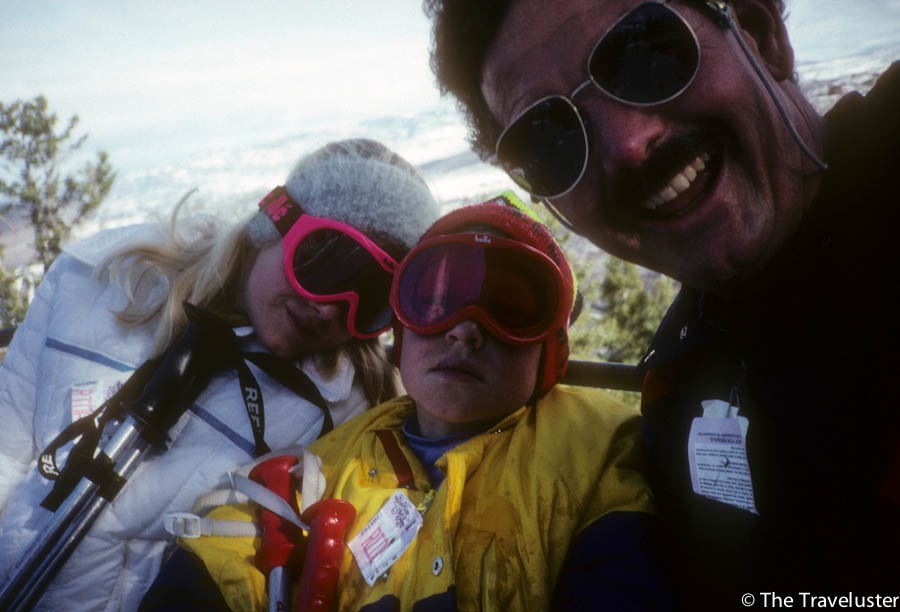 Growing up in hot, humid southern Louisiana, snow was very much a novelty. I remember that it “snowed” (as in actually stuck to the ground in a white blanket) when I was in the 4th grade. School was canceled for three days. It was EPIC! So, you can imagine that going out West to ski was very exciting for these snow-deprived southerners!

What’s not to love? Skiing, snow ball fights, snow men, hot chocolate, outdoor hot tubs (yes, I formed an unhealthy obsession with hot tubs at a very young age)… and complete freedom on the slopes (once you graduated all your ski school and private lesson requirements imposed by the parents, of course). 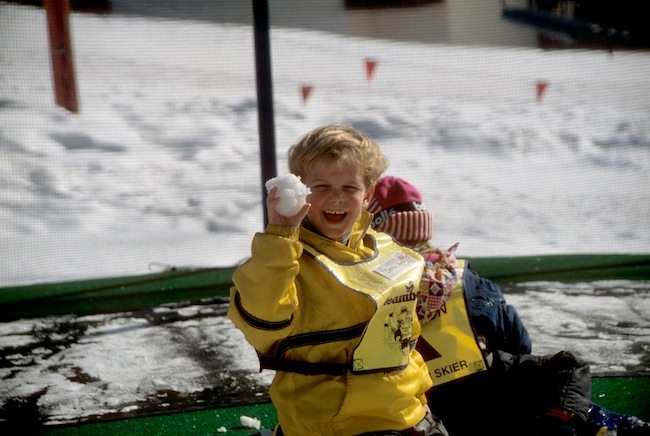 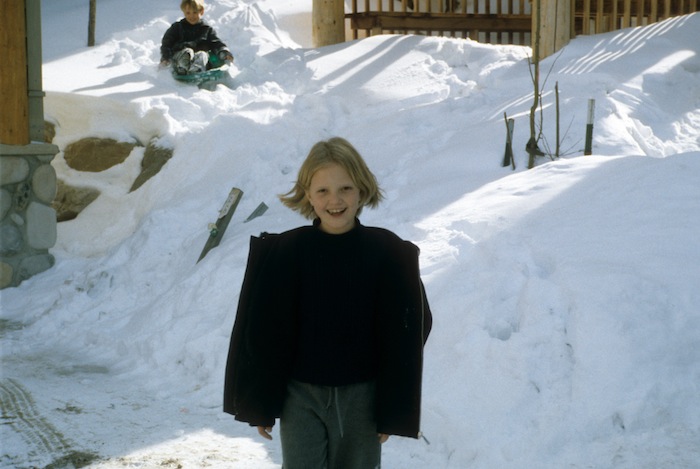 Louisianians savor a special holiday every year for Mardi Gras. Kids enjoyed a full week’s vacation from school (in college, it was only three days, but I often skipped the last two days of classes). It was the perfect time to hit the slopes. Why? The rest of the country was NOT on vacation, which meant minimal crowds. That was my parents’ thinking anyway.

Because this was a fairly common phenomenon, the Louisiana expats tended to bring Mardi Gras with them, and there were always mini-celebrations wherever we went. Beads decorated trees under ski lifts (I didn’t think about the environmental implications at the time), aprés ski always included the Mardi Gras mambo and hurricane specials, and everyone had their beads on- even if they weren’t from Louisiana. Mardi Gras was contagious. 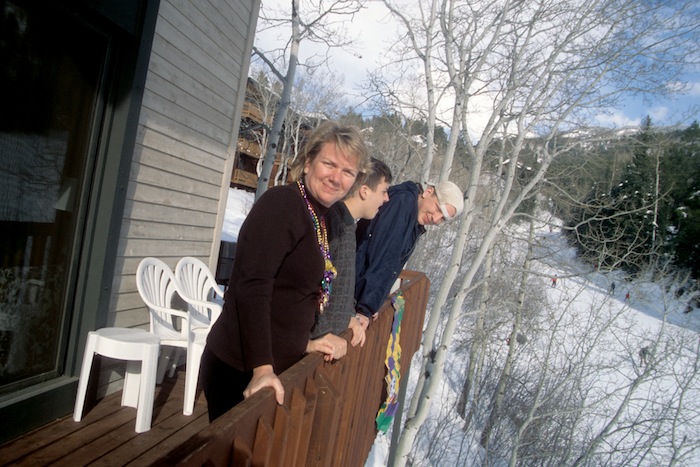 We always brought our beads!

Now, I’m not gonna lie- I wasn’t the biggest fan of ski school. Neither were any of my siblings, really. We just wanted to stay with Mom and Dad and didn’t understand why we had to practice pizza wedges down greens with all of these other kids all day. 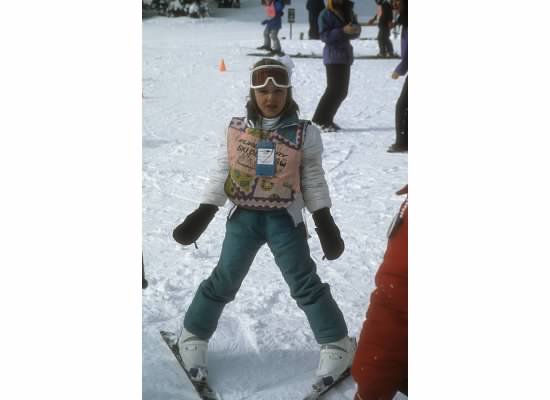 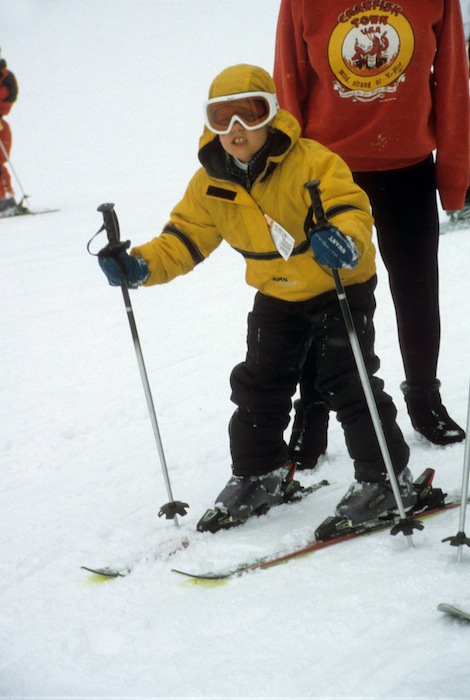 Even when I got older, I dreaded private or small group classes with instructors. I just wanted to be with my family! It paid off in spades in the long run, as I was able to learn to execute the proper techniques before I was a teenager and enjoy moderate to difficult runs with my parents, cousins and friends.

So if you have kids, and they seem to be resisting going off to ski school, know that it will benefit them in the end. My parents compromised a little by having us in half-day classes, then brought us on easy runs with them later in the day. 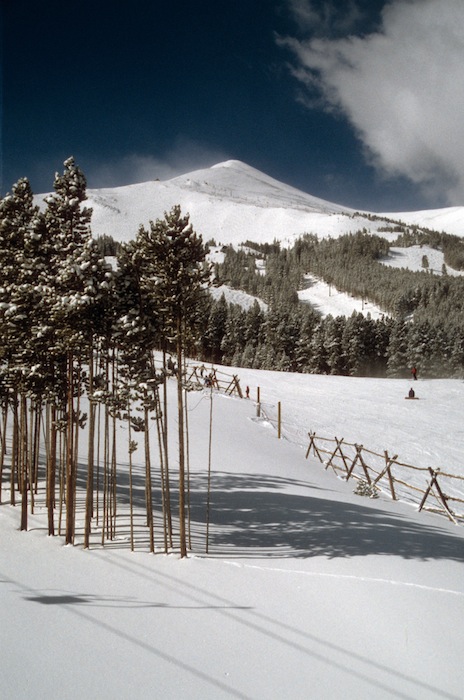 The first place I ever learned to ski was Breckenridge, Colorado. I must have been about five or six years old. My memories of this vacation, mottled and cobweby from the passing years, retain a few prominent features. The smell of lunch pales and “kids” from Kindercare (I think that’s what it was called) stained my brain. Do you know what I mean by “kids” smell? It was food mixed with dirty diapers and maybe lotions or other products used on children. I have strong olfactory senses, so many of my memories are connected to smell.

I also remember one very traumatizing experience. I was in line with my ski class to get on the lift, and somehow I was separated from the pack. The instructor and kids I was supposed to be with were in the chair in front of me, and I was stuck on a chair by myself behind them. This point of my memory could be wrong, but I’m pretty sure the safety bar was not pulled down in time over me. Every time the chair hit the bumpy pulleys on each supporting tower, my chair vibrated, and I slipped a little further “out” of the chair. I just remember thinking I was going to fall out- the entire time- and fall to my death (or at least break an ankle)! I was a bit of a drama queen back then, so maybe some of that was in my head. Regardless, that’s what  I remember… Oh, and I thought the ski village was really neat, like something from a story book.

Fast forward a decade+, and returning to Breckenridge as a college student with my family was quite a different experience. Firstly, my family had multiplied; I now had four younger siblings. Second, we started traveling in packs with friends. When we couldn’t arrange for other families to travel alongside us, we would just bring friends with us. I thought that was very cool of my parents, but looking back- it was pretty strategic. Friends equaled entertainment for us… more alone time for my parents. Smart thinking. I need to remember that one. 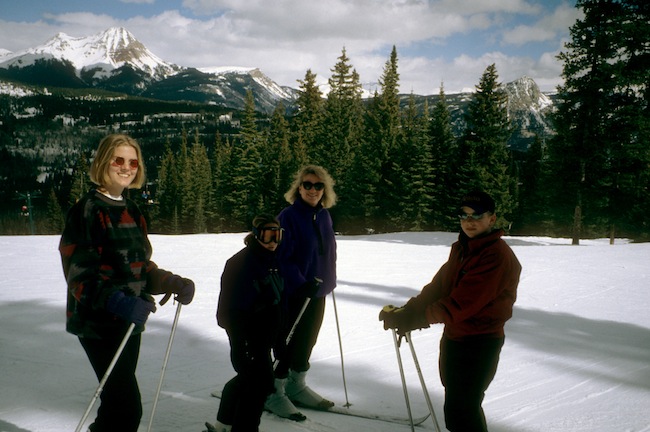 I brought my boyfriend at the time (who coincidentally happens to be my husband now… little did we know 15+ years ago!!) He had never been skiing, but was naturally very athletic. He had about a 1/2 day snowboarding lesson, and that’s all he needed. He was hitting blues with me on day two! 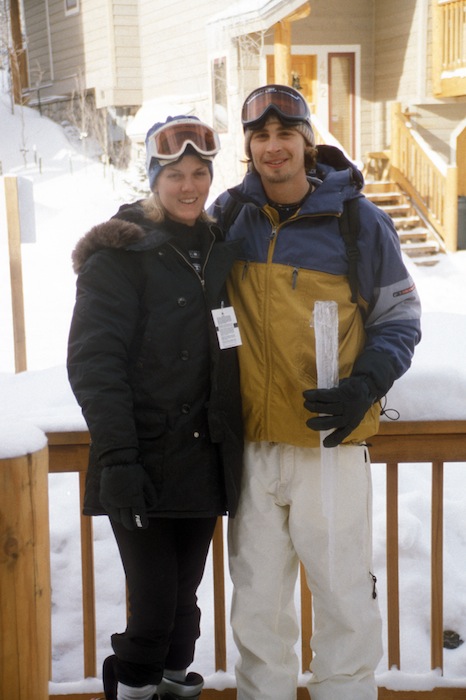 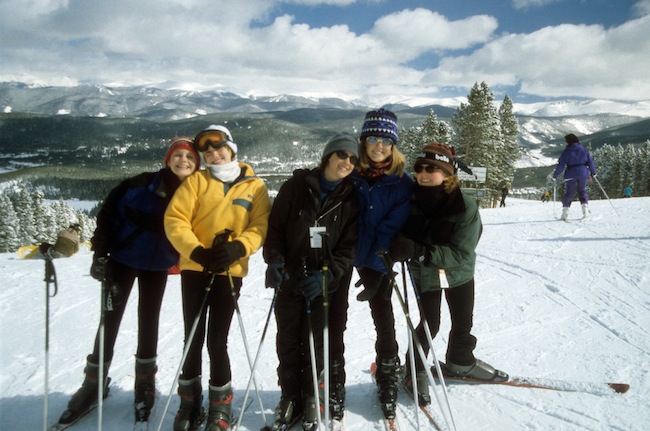 My sister (far right) and her FOUR friends

That was a crazy trip, though. I think there were over 12 people in the house we rented. Friends coming out of our ears! It was fun.

One stand-out memory: my kid brother (who was probably seven or eight at the time) was skiing with the Japanese exchange teacher we were hosting (who is now my cousin-in-law…long story). She came back to the house frantic…and alone. She had lost Cameron. Or, rather, he had lost her. They were skiing along, and he just took off down a double black diamond. She couldn’t find him and had alerted security ski patrol. Turns out he was stuck on said double black diamond, trying to walk sideways down the run, when he was spotted and escorted down by ski patrol on the back of a skimobile. So, caveat to my earlier statement about ski towns being really safe for kids: that’s if your kids don’t try to lose their supervision!

Breckenridge is great for families because the trails are a really good mix of all experience levels. 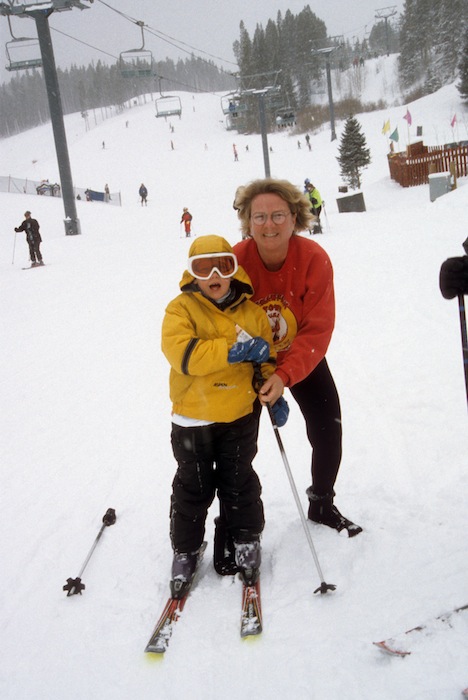 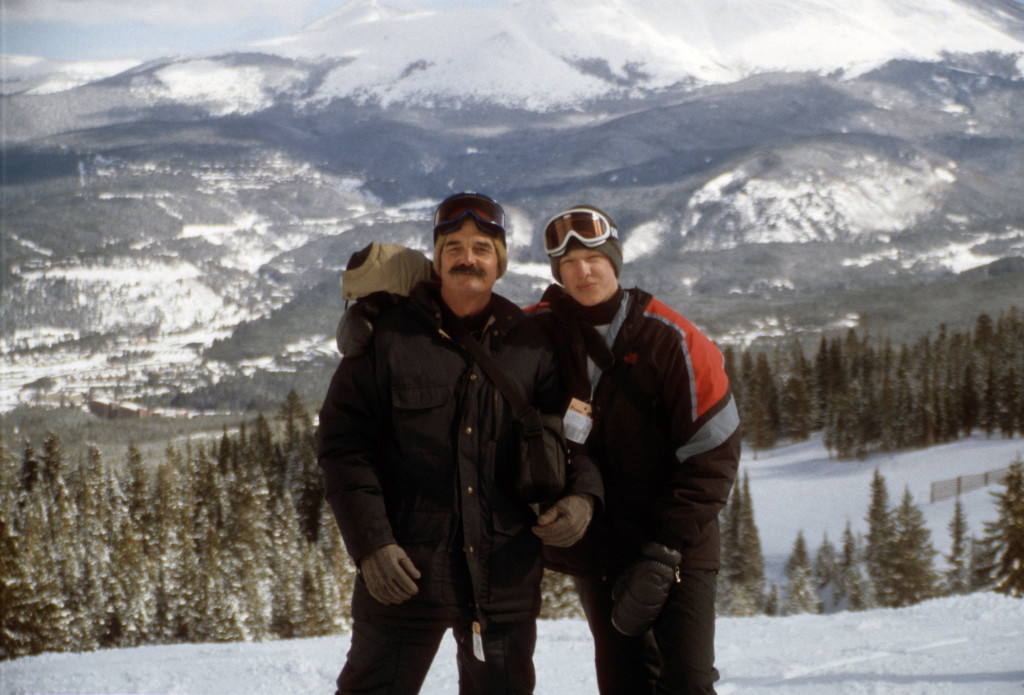 I loved Snow Mass. The mountain, made up of mostly blue (my favorite) runs, has 94(!) trails! It’s so fun to bring a trail map with you and mark the runs you take with the goal of hitting them all. It reminded me of one of those choose your own adventure stories, but I’d always go back to see what would have happen if I had picked one of the other options.

Snow Mass is much more approachable than Aspen’s black diamond-dominant slopes, with 47 percent blue runs. Like Aspen, though, it’s not as novice-friendly, with only six percent green runs.

The runs are nice and long, though. My favorites are always the lengthy, windy trails that hug the edge of the ski area and mountain, like the five-mile long Turkey Trot.

We went in to Aspen some nights, though, just to check out the glitz and eat at a nice restaurant. 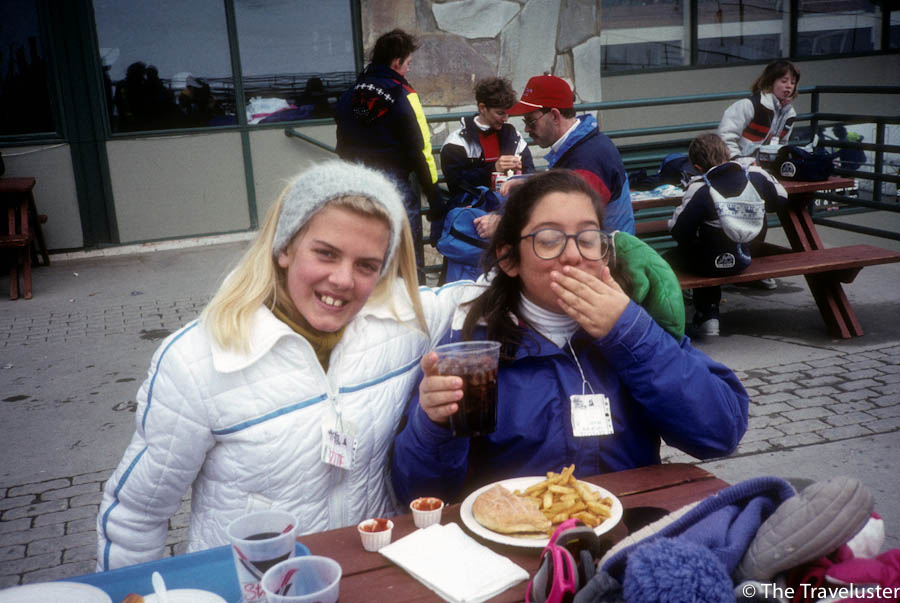 We made a couple of trips to Purgatory with our cousins during Mardi Gras break. It was fun paling around with them, as they paralleled us in age. I remember Purgatory being bitingly cold, which was oxymoronic if you think about it (Purgatory being between a heaven and hell state).

I also remember having a tiny bit of altitude sickness, which I embellished with a whole lot of playing hooky to get out of ski lessons! 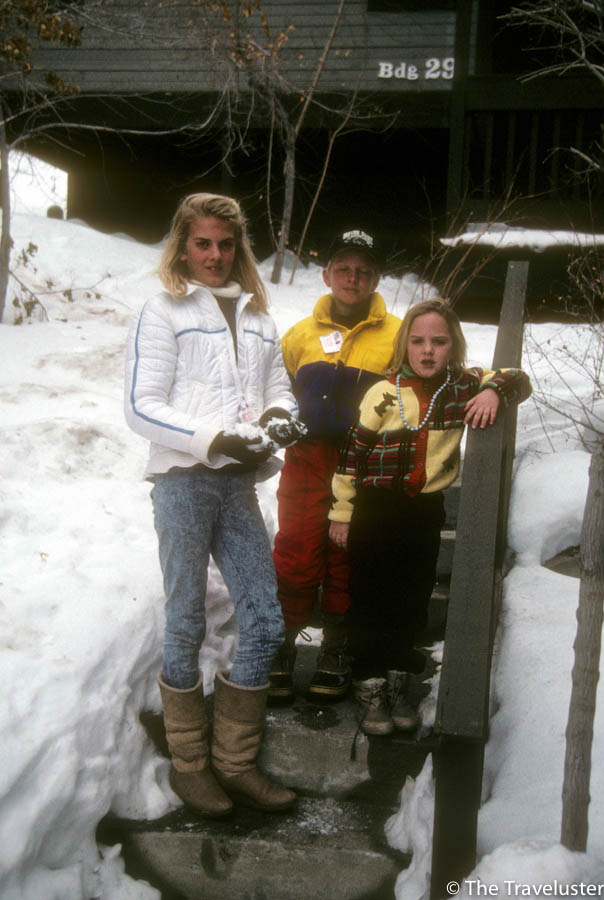 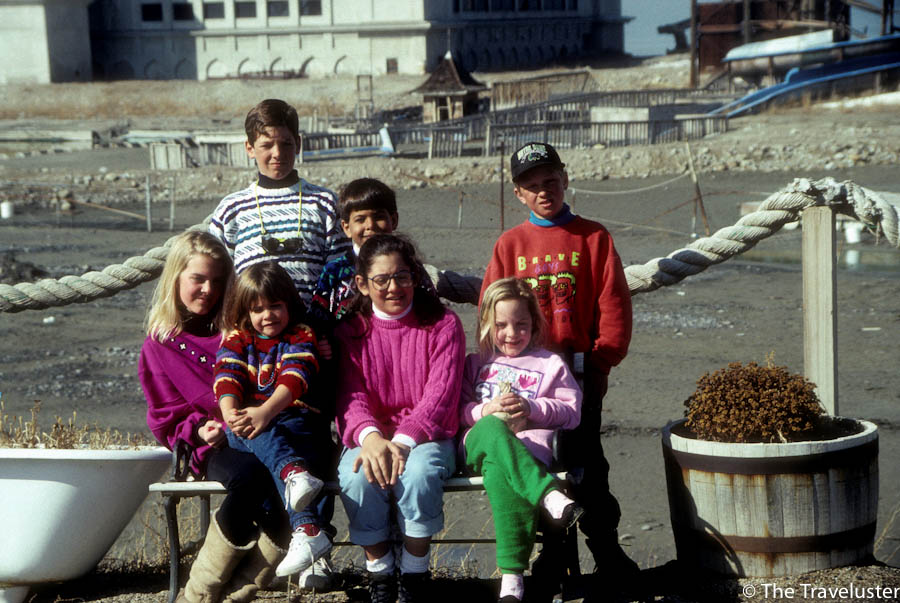 We made a few ski trips with our cousins

If memory serves, I learned my french fries in Park City. I started to master parallel turning. Not keen on the shorter, moguly blues, I preferred the long, sweeping runs on the periphery, like Payday.

There are tons of double black bowls up top (which I never even saw, of course). 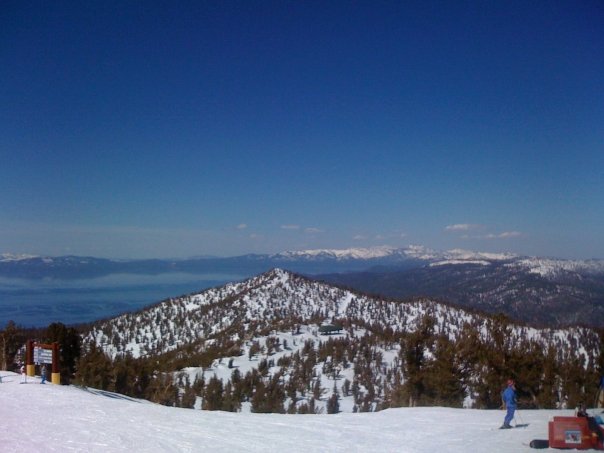 This was a nice adult family trip. Just me, my parents, and my husband (our second time skiing together, and his second time ever skiing! Err, snowboarding). 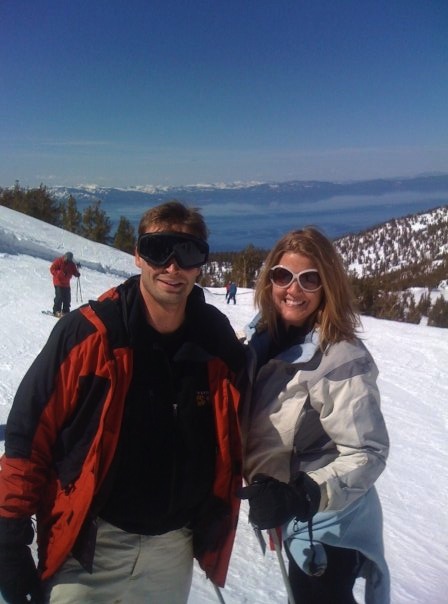 I loved the sweeping panoramic views of the valley and the lake. The landscape was very dramatic in that sense. You could see all the way to the bottom of the mountain. You can’t really get that effect in Colorado, where you ski down layers of the mountain in segments within the alpine forest. It reminded me of skiing in the Swiss Alps. 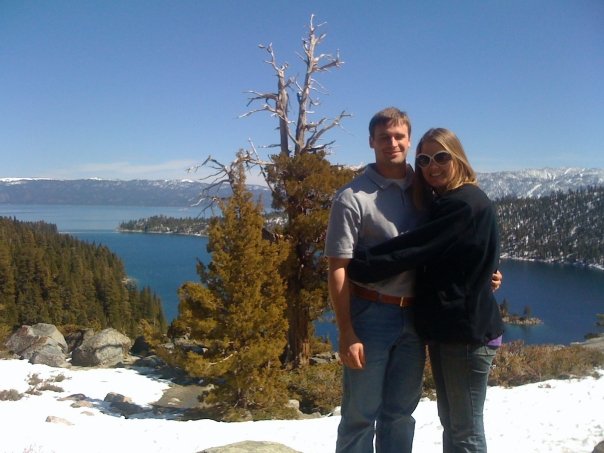 So, not a family trip, but I thought I’d throw it in. In high school we went to Red River for our annual Explorers Club trip. Admittedly, my friends and I were in the club for the fun (party) trips. This was actually one of only two non-family ski trips I’ve ever been on (the other being Verbier, Switzerland). Honestly, the skiing was mediocre, but we had such a blast as high school kids roaming free on the mountain. I wish I had more to report, but I won’t waste your time with the teenage drama, which is really what I remember from the trip! I do remember that they had a problem with snow that year (not enough), and the ski season is currently closed.

Do you have any fond family ski vacation memories? 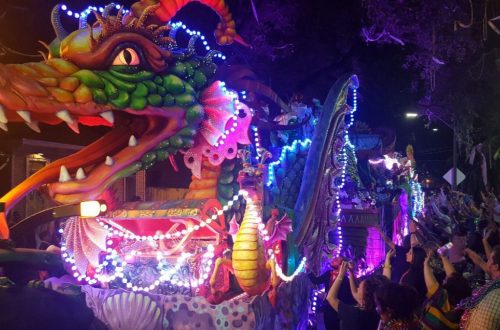 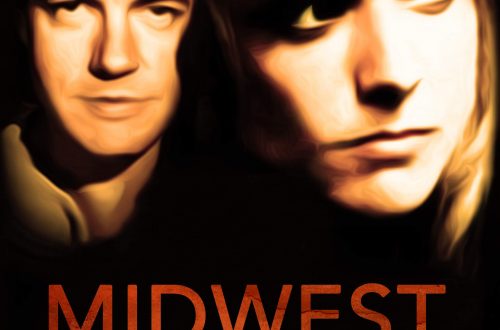