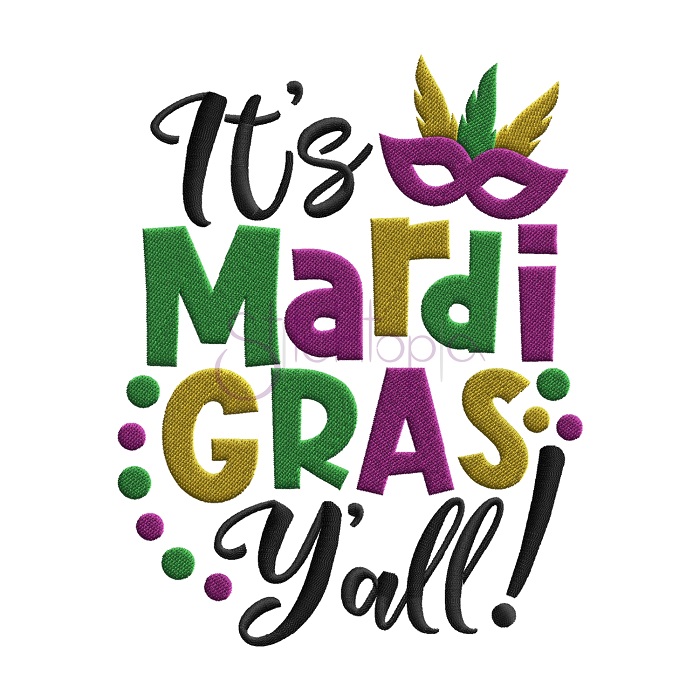 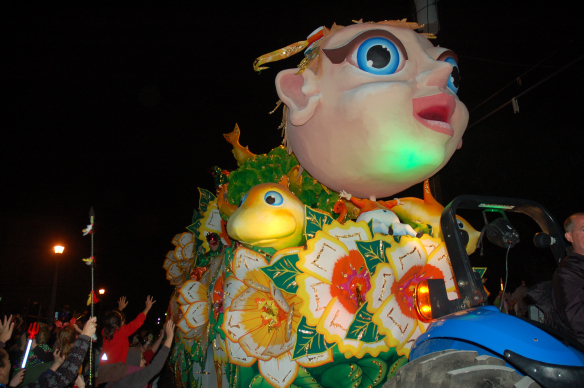 Today is the culmination of a multi-month’s long celebration, beginning on King’s Day (January 6) and lasting until Ash Wednesday, the start of Lent. 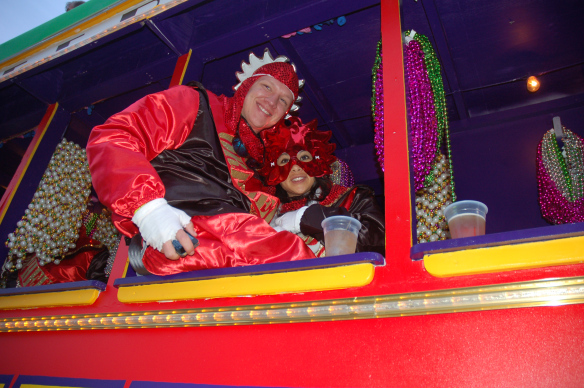 My brother and his wife

For those of you non-religious folks out there, Lent is a solemn period observed by many Christian denominations on the liturgical calendar, which occurs 46 days before Easter. Traditionally, the believer prepares for the death, birth and resurrection of Jesus Christ through repentance, prayer and self-denial. Many Catholics see Lent as a time of symbolic sacrifice and “give something up” for the duration. So why not celebrate with one long, continuous party during the months leading up to this sacrifice? 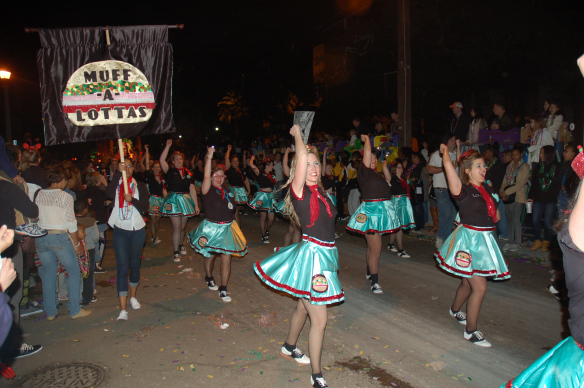 Known as Mardi Gras in Louisiana, this epic holiday is called Carnival in many other parts of the world, including Trinidad and Tobago, Venice, France, Brazil, Ecuador, Mexico, and plenty of other countries. (Check out this cool post on Trinidad and Tobago’s alternative Carnival activities, including- stick fighting!)

Louisiana’s biggest Mardi Gras party is in New Orleans, but most cities and towns hold their own celebrations.

In the southwestern Cajun parts of the state, revelers “run the Mardi Gras” (Corrir de Mardi Gras), chasing a chicken. Everyone dances to live Zydeco music as they feast on gumbo and cochon (pig) during the boucherie. Great care and pride go into making the elaborate costumes and wire masks. One of my festival goals is to make it to Eunice or Mamou next year to experience this unique Cajun version of Mardi Gras. 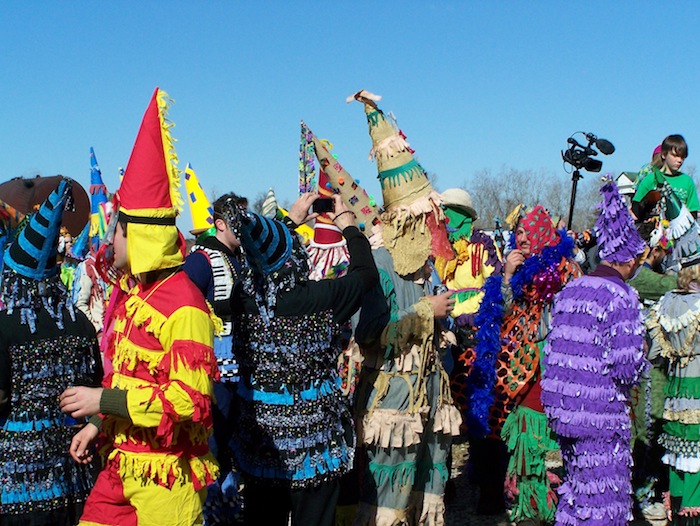 Back in Mardi Gras Town…

New Orleans is swinging full throttle in the weeks leading up to big Fat Tuesday. Parades roll around the clock, 62 in total.

Riding in a big, established parade comes with a heavy price tag, upwards of $2,000. We had to pass on an invite to ride in Orpheus, one of my favorite parades, a few years back because didn’t want to pay the $3,500 cost per couple (my thoughts: wow, this would be a really nice month-long trip somewhere!) If you do get to ride in a parade, you’ll likely be invited to the Mardi Gras ball as well.

If you can’t ride, watch, like the rest! Learn the phrase “Throw me something mister!” and get ready to catch your loot (beads, cups, stuffed animals, you name it!)

Sometimes it’s hard to choose which parades to hit. I’d recommend starting with some of the largest, most established krewes. Endymion, known for celebrity grand masrshalls, has some of the biggest and most ornate floats and rolls on Saturday. Bacchus rolls on Sunday.

Orpheus, started by Harry Connick Jr., rolls on Lundi Gras (Monday before Mardi Gras). Quentin Tarantino is this year’s celebrity monarch. When we watched the parade in 2012, the celebrities included Mariska Hargitay, Cyndi Lauper, Hillary Swank, Sarah Hyland, Bret Michaels, and of course Harry Connick and his wife, Jill Goodacre. Read more details about the 2012 Orpheus parade in this post.

Mardi Gras day sees both Rex and Zulu. Rex’s krewe, which started in 1872, is the oldest, and they are responsible for claiming the gold, green and purple Mardi Gras colors. The Zulu krewe, named for the fierce African tribe, throw coconuts. 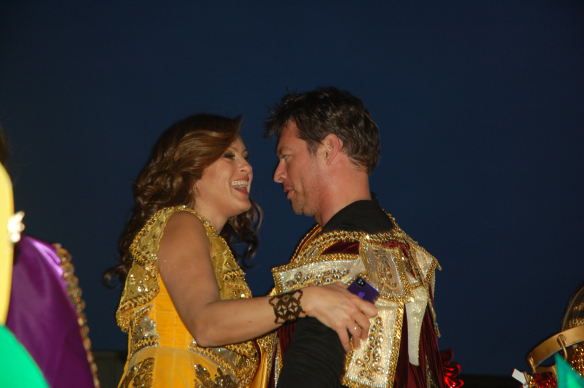 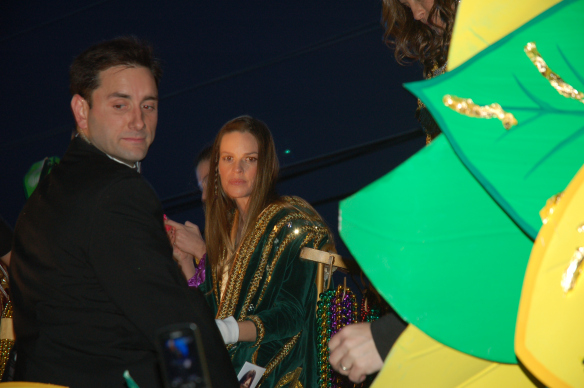 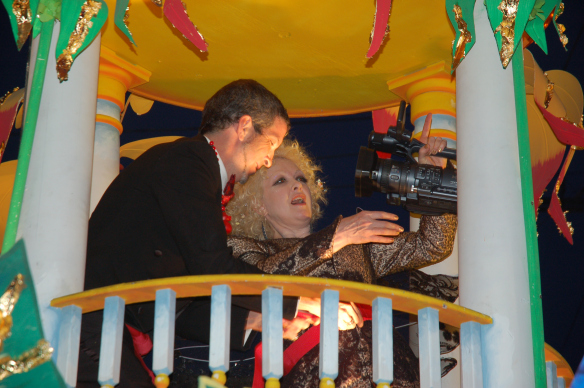 Cyndi Lauper filming herself and the crowd

And what would a holiday be without some sort of special food? Mardi Gras’s culinary creation is the king cake. A large oval roll of dough, baked like a cinnamon roll with icing and sugar on top, comes with a variety of flavor fillings (like cream cheese and raspberry). You can read more about the history and meaning of king cakes in my last post. 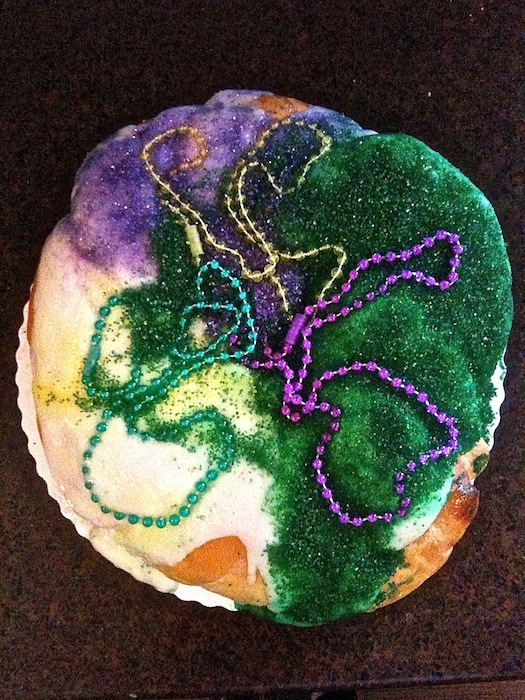 Do you celebrate Mardi Gras or Carnival where you live? Have you ever experienced it? 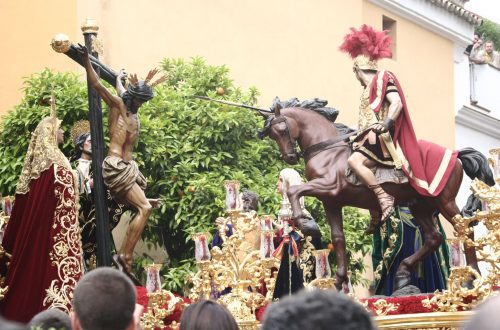 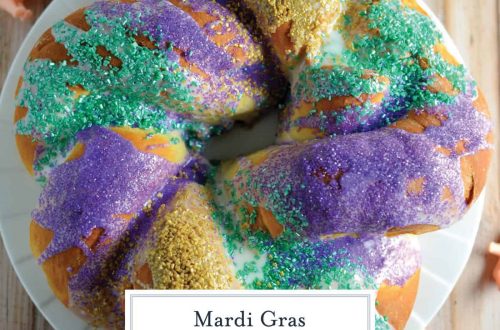