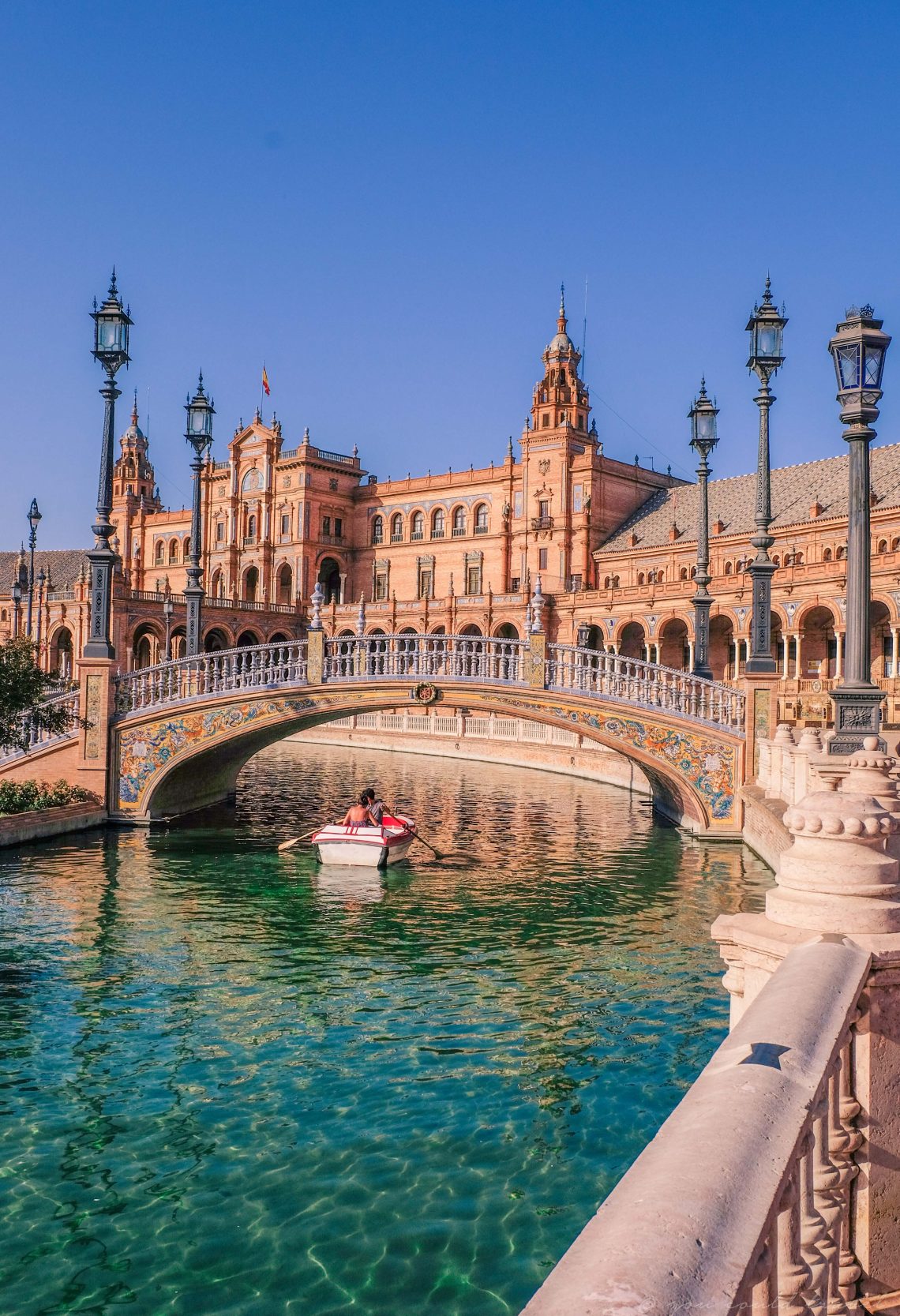 The culture shock set in immediately. As I stood at my bag claim carousel, clouds of cigarette smoke engulfed me. I knew Spaniards smoked a lot, but inside an international airport? At baggage claim? Wow. This was different, for sure.

This was Madrid. I had arrived.

My lackluster confidence began to wane even further as I tried to muddle my way through unpracticed conversational Spanish.

¿Dònde està la estaciòn de tren? No one seemed to understand my basic question. And to my horror, I didn’t really understand anyone else, either.

What language were these people speaking? It didn’t sound like Spanish. Or at least not the perfectly didactic, newscaster Colombian Spanish that I had learned over five years in high school and four years at university.  Despite myself, and this annoying language barrier that wasn’t supposed to be there, I ended up at the train station. Finding the correct train to Sevilla was a completely different story.

I’m not even sure how I got to my apartment that day. It might have been the jet leg or my disheveled, cracked-out brain trying to process my new environment. I felt like I was in survival mode. Did I take a taxi? Did someone from the TEFL program meet me? Who knows? All I remember is curling up on my bed in my freezing cold room in January, too tired to unpack and too emotionally distraught to contemplate my strange new reality. I pulled the space heater close, closed my eyes, and slept.

When I awoke, it was dark. I was scared. What had I done? Why had I committed to moving to Spain, by myself, to teach Spanish- without a return flight … or an escape plan? The only thing set in stone was the one-month of classes it would take to earn my TEFL certificate. One month’s tuition included rent for the apartment I was hunkered down in, along with two other American roommates I had yet to meet.

I think back to how brave I must have sounded to my friends and family in the states.  “I’m moving to Spain… Yea, I’m going to teach English….. I don’t know when I’ll come home. Maybe after a year.

Then here I was, in Spain, this scared little girl who felt miserable and alone. And I didn’t understand these Spanish people! What was with that lisp?! Who was I fooling? I was no brave one. I was probably going to quit this thing before it even got started. 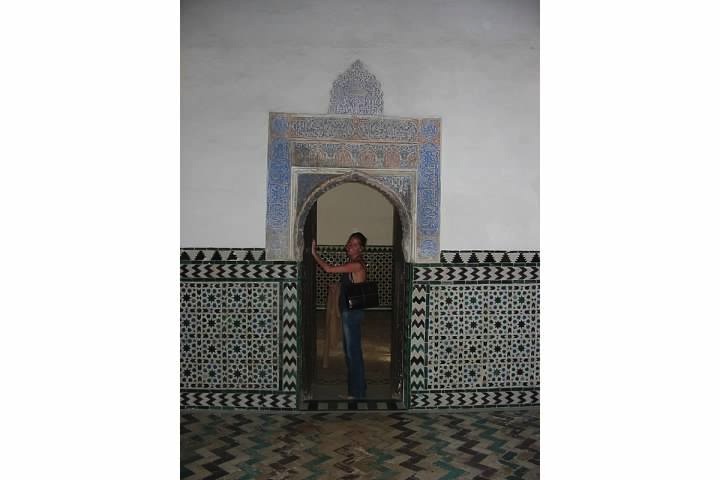 To my pleasant surprise, living in Spain started to suit me quite nicely. I fell in love with the lifestyle. Late mornings, starting your day at 10 AM or so. Some work, maybe, or a stroll through a park or along the river. Maybe I’d just take the day to read the new Harry Potter book (and hunker down until I finished it). 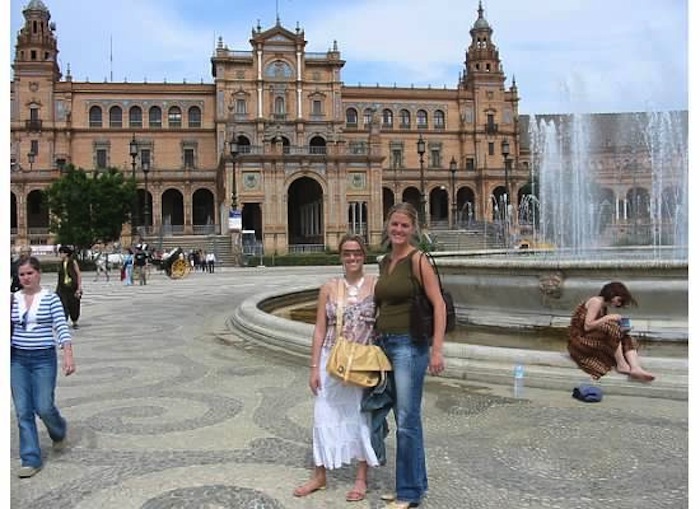 Hanging in Parque Maria Luisa, one of my favorite places to jog.

It wasn’t always rainbows and sunshine, though. Despite the lovely, laid-back lifestyle, I went through the trials and tribulations of living in a foreign city, speaking a different native tongue (although I finally started to get a handle on that lisp) and having to make friends. I was lonely- a lot.  Even with frequent trips home or visits from friends every couple of months, I couldn’t shake the slight tinge of homesickness. 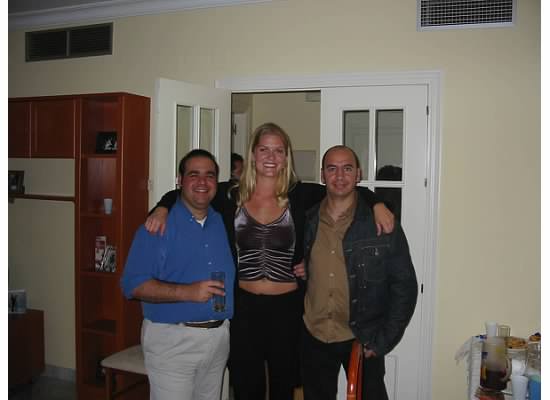 Finding a “real” job also proved somewhat impossible. What TEFL doesn’t tell you when you’re signing up for their program is that, despite all of the credentials and their ability to connect you with so many teaching opportunities in schools, you can’t very well work in a European country if you’re a non-European citizen without having to jump through some major hoops to obtain the appropriate work visa. Even if you had said visa, an EU citizen would get preferential treatment. The paperwork was easier on the employer’s end- something about having to justify that there was not another EU candidate that was qualified for the same position. It seemed like an uphill battle. 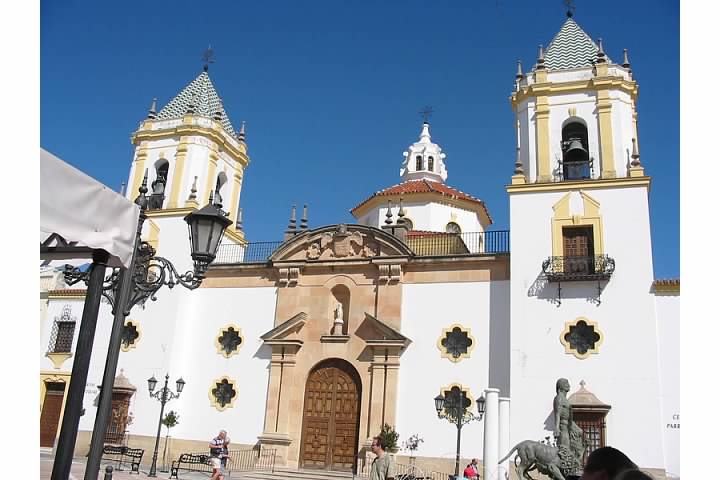 So, what were all of the other Americans and Canadians doing for work? The solution presented itself easily enough. They were creating their own positions as private English instructors and putting up flyers around town with their mobile number displayed in little tear-off tabs at the bottom. This was such a foreign concept to me, but it was working for everyone else.

I purchased a Spanish mobile phone and got to work. Within a week, I had three clients: a young girl in high school, an older man named Eduardo, and another lady. Let me tell you, speaking Spanish on the phone was something I had never done, and I was quite proud of myself for accomplishing that task somewhat successfully. 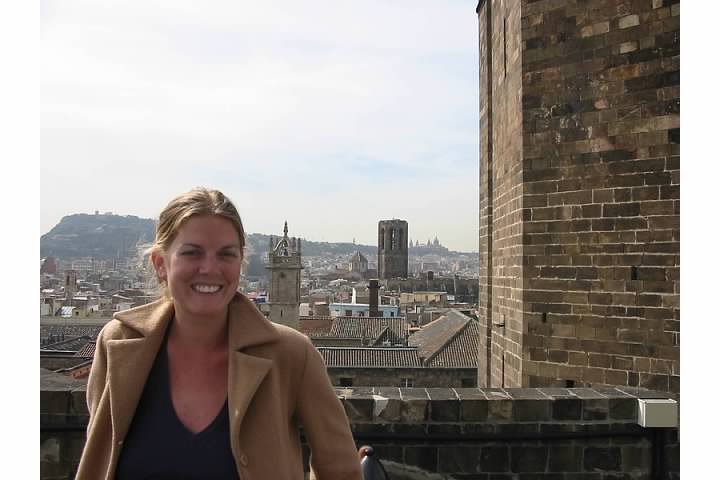 Enjoying one of many trips to Barcelona 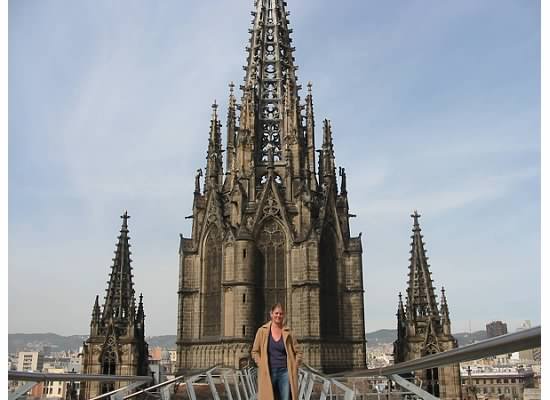 The cost of living being as low as it was (my rent was about €120 a month- back when the dollar was strong- and groceries were about €20- Oh, and bottles of wine? You could get one for €2), all I needed were three clients once a week (so three hours of work a week) to pay my bills and have spending money. My dad teased me that I wasn’t costing him anything while living in Spain, so I should stay a while (my parents were helping me out, before I landed my first real job out of college). Not paying my car insurance alone was saving heaps (I didn’t have the best track record, with about six accidents under my belt and three totaled cars).

All of this to say that it was pretty ideal. Living in Spain, enjoying the most relaxed lifestyle possible; having long lunches, siestas and dinners; enjoying the most amazing festivals in my own back yard (Feria was my favorite), it was a dream life. 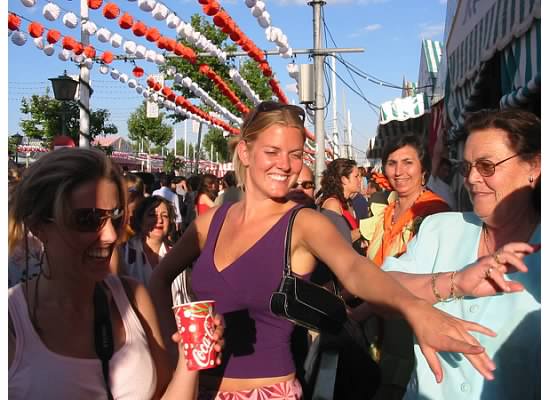 Feria de Abril was quite the party! I could walk to the fair grounds from my apartment!

So why didn’t I stay? I largely blame homesickness. Wanting to be closer to my family and friends got me in the end- not to mention that guy that I had just started dating before I became an expat.

More than just the homesickness, I had aspirations of returning to graduate school and getting my masters in international peace and conflict resolution. I wanted to live in Washington DC and eventually work somewhere like the Department of State (which actually did end up happening).

So, I organized a grand exit. My sister and two of my best friends meet me in Spain that summer. We backpacked around Europe for a couple of months before I returned to Spain for my final farewell in August.

I didn’t quite make it a year, but I gave it my best shot. It was an incredible learning and growing experience. I know that, although I wasn’t as brave as I initially thought I’d be, I was braver than most who never want to step out of their comfort zone. I had lived and worked abroad – in Spain – and it had been both harder and easier than I ever imagined. Sevilla became a part of my story… my soul. It will always be a home away from home and hold a special place in my heart. 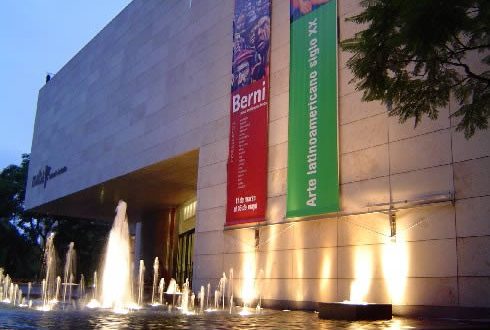 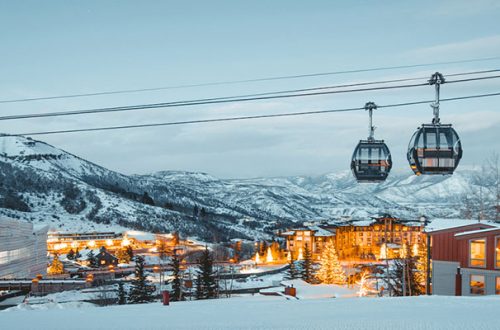