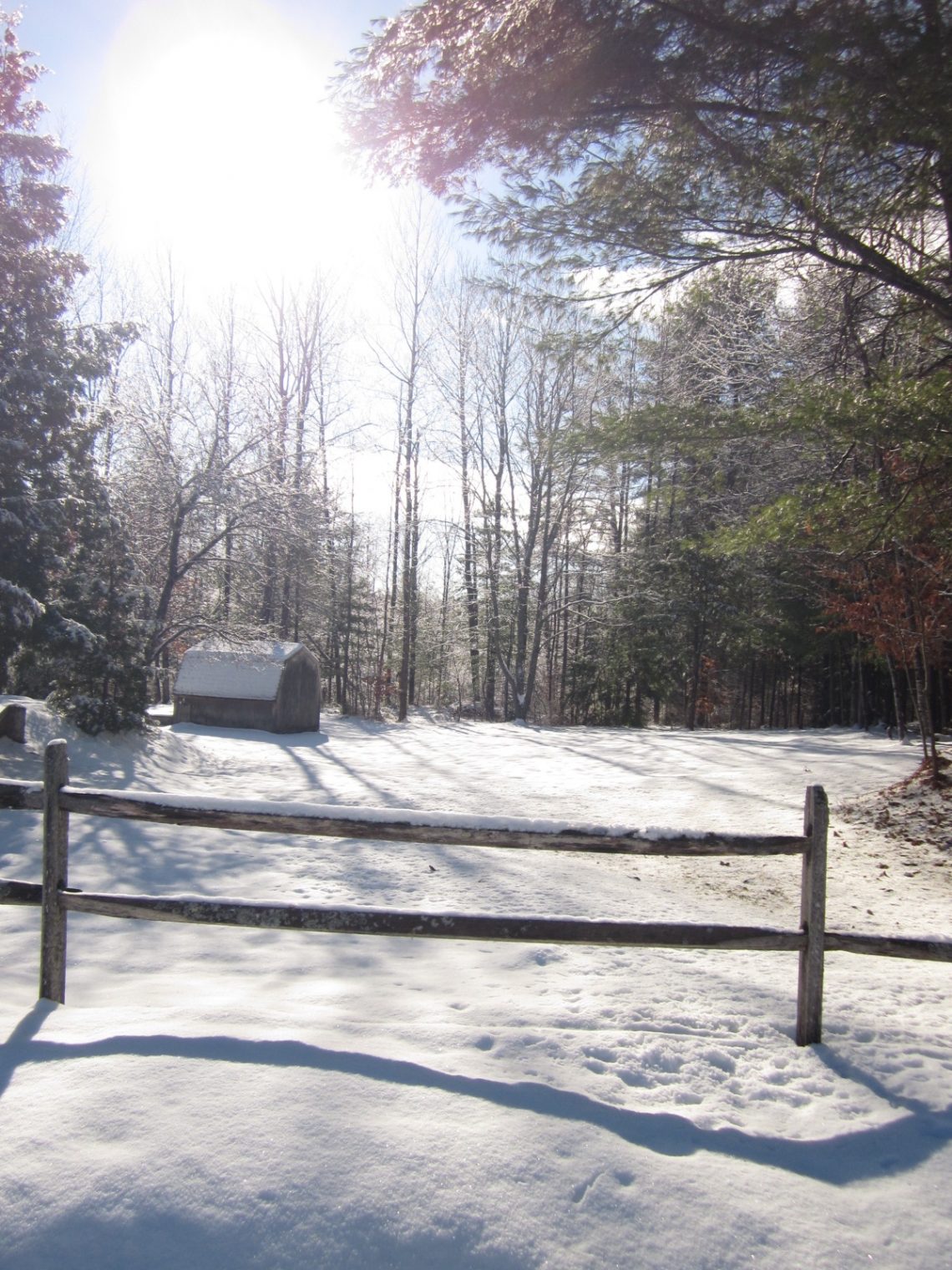 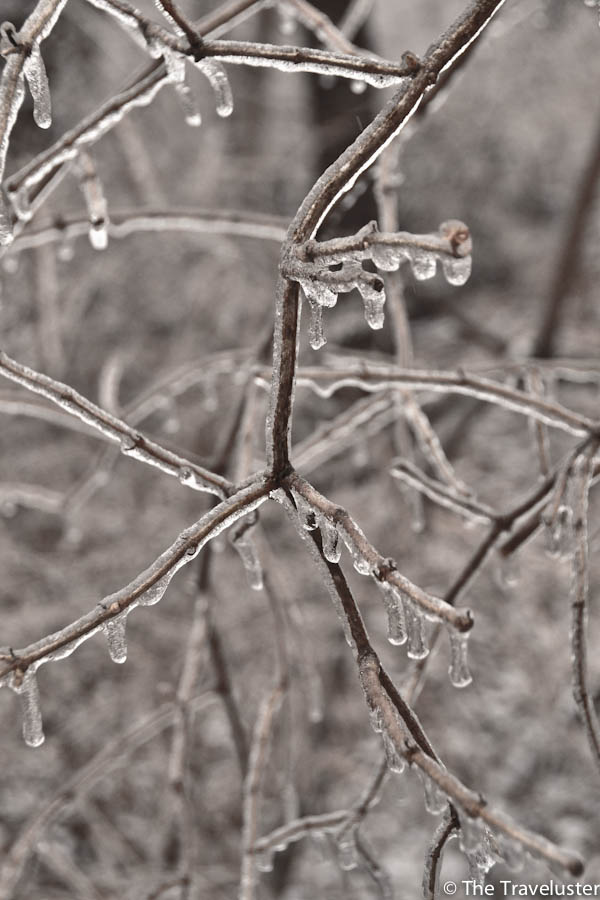 Winter, maintaining its iron grip, seems dead-set on holding its ground. Only 10 days away from the vernal equinox, the official first day of spring, the seasons continue to wage war with each other, as warm spring-like days struggle to break up icy rain and snow. The latest winter blast, Titan, waylaid parts of Canada and the American Midwest, New England and even the south (where we live!) just last week, prompting many to ask (as they have been for a while), “Will winter ever end?” 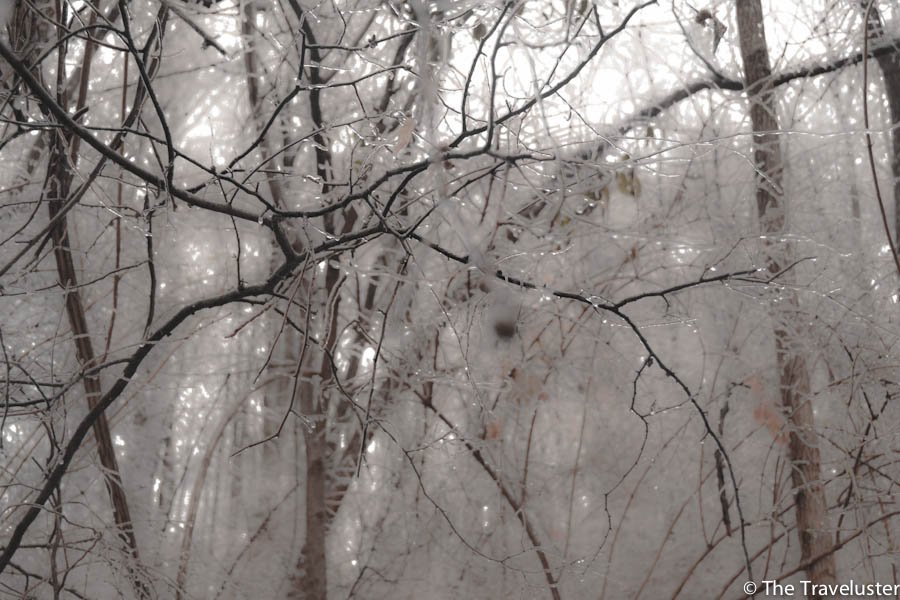 Turn on the news, and you’ll likely hear, “This is the worst winter I can ever recall,” from someone who has probably spent over six decades on this planet. Records were broken all across North America, as winter storm after winter storm dumped snow, ice, and freezing rain, closing down cities and causing tragic accidents and massive power outages. Governors in the U.S. were calling states of emergency left and right. What happened to global warming?

While Alan and I were lying in bed last Sunday night (March 2), we gripped each other in fear as trees came crashing down all around us (we kind of live in the woods). I lost count after a while, but I heard at least five loud crack -crack-  swish- crack- thuds. If you’ve ever heard a tree falling, you know exactly what I mean. Do you think the trees would have made sounds if we weren’t there in the woods? Sorry, couldn’t resist.

Being from southern Louisiana, we’re no strangers to massive, destructive, relentless storms- even hurricanes. In fact, this night brought me back to late August, 1992 when Hurricane Andrew sat over Baton Rouge for several days wreaking havoc. The sounds of trees crashing were eerily similar.

Indeed, this was the second year that winter storms were actually named, much like hurricane and tropical storms are in the summer. They all sported cool Greek or Roman pseudonyms – mostly great mythological gods known for their omnipotence. 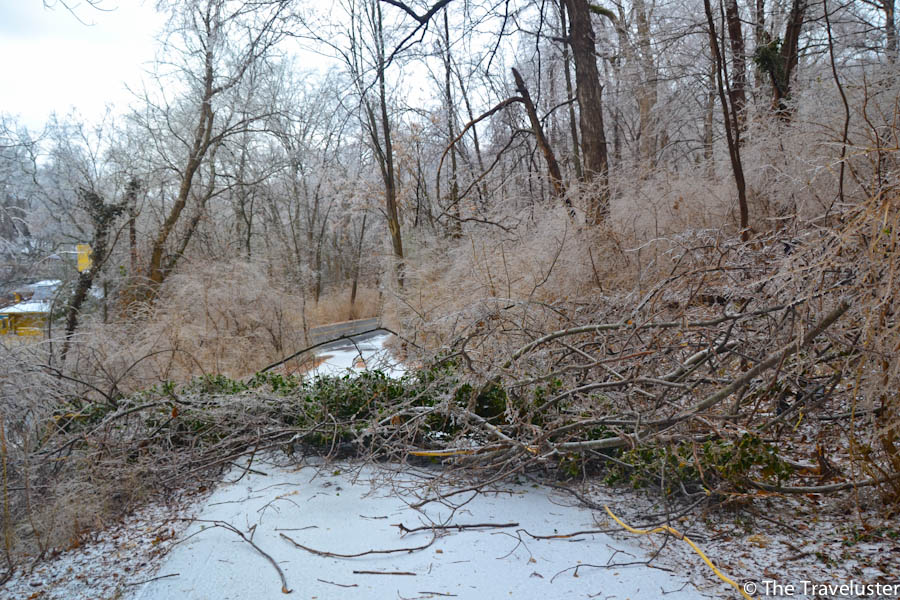 Our drive versus the tree

Surveying the destruction the next day, we found many large, fallen trees, including one over our driveway essentially trapping us in our home. We were relatively lucky that nothing major was destroyed; nothing fell on our house. We only lost power for a matter of hours. Elsewhere in the country, many were much worse off (or were hit harder during other Grecian winter storms). 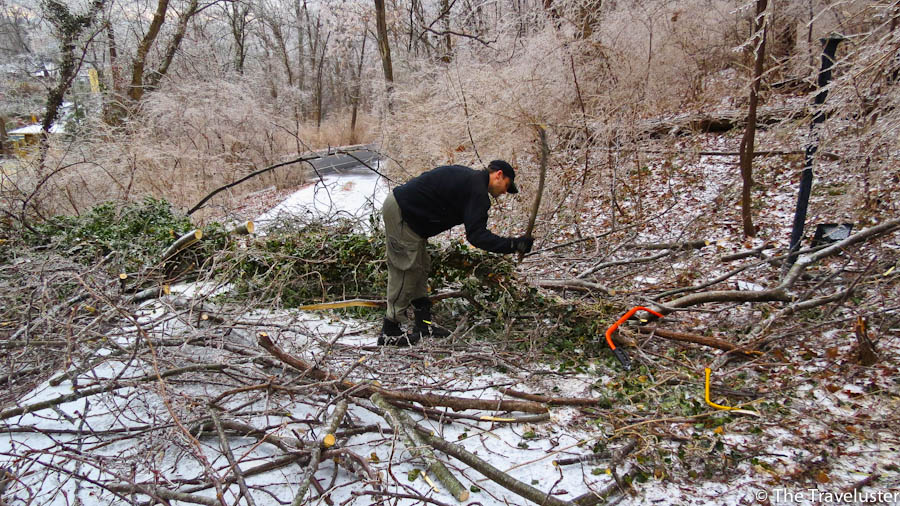 Focus on the Positive

Sure, it was inconvenient. We had to change our schedules and do some work. I kept saying over and over, “It could have been so, so much worse!” My literal fear that Sunday night was that a tree would fall on us and crush us in our sleep. I was actually woken out of a deep sleep- who knows what time it was- as the massive tree outside our bedroom fell (completely uprooted!) towards our neighbors driveway!

So, Alan got an awesome new toy, which was now an imperative tool for us to have…. 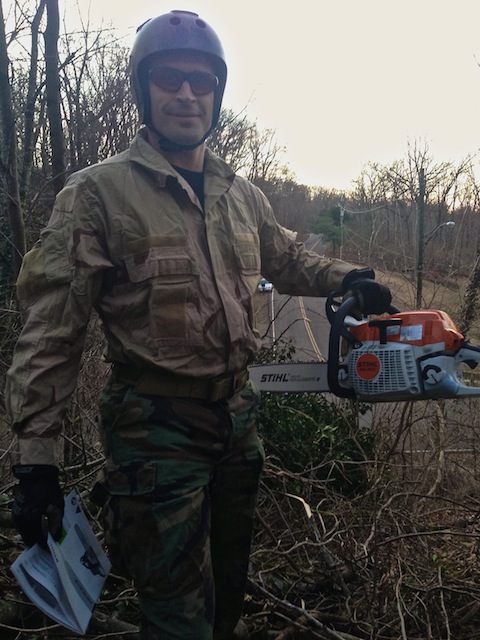 Alan’s new chainsaw- apparently the best there is!

And I got to play artistic photographer…. 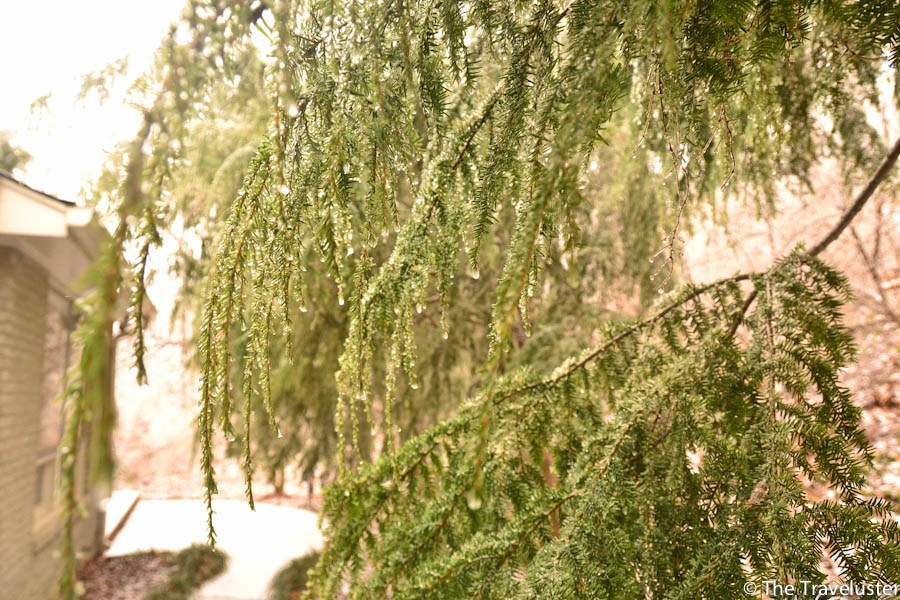 Nature: So Destructive, So Beautiful

As I wandered around our yard, trying not to freeze my arse off (even in Alan’s military thermals), I was compelled to grab my Nikon D-3100 and start shooting. After about 20 minutes, I was extremely tempted to shout, “OK, that’s enough!” and jump in the hot tub.

But I was mesmerized. Terrible, destructive, powerful and awesome mother nature. It’s beauty took my breath away.

I wanted to play with depth of field and practice other photography techniques, and this was great subject matter…. but it turned in to a desperate act to capture an essence of winter’s elegance and grace.

Without further ado, a little photo essay for you to view: 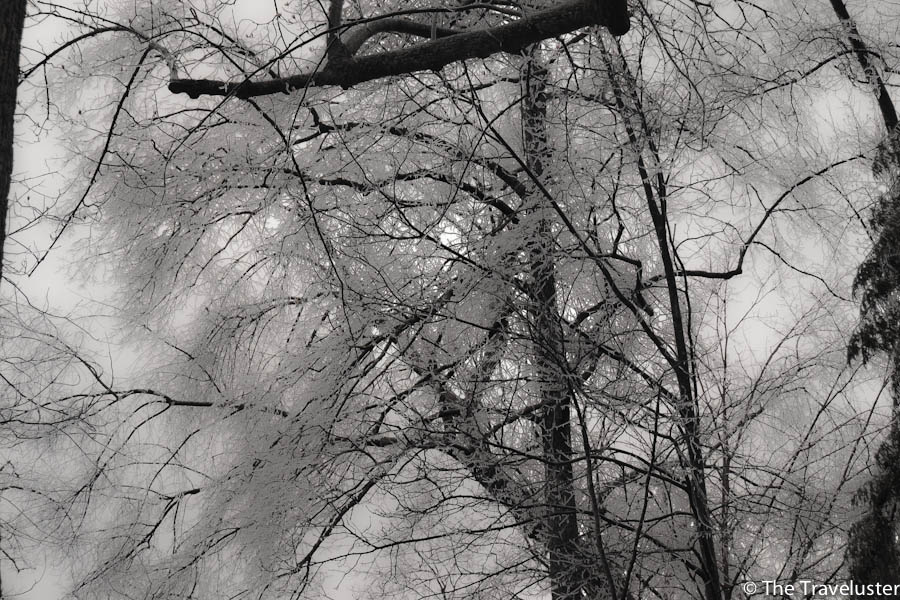 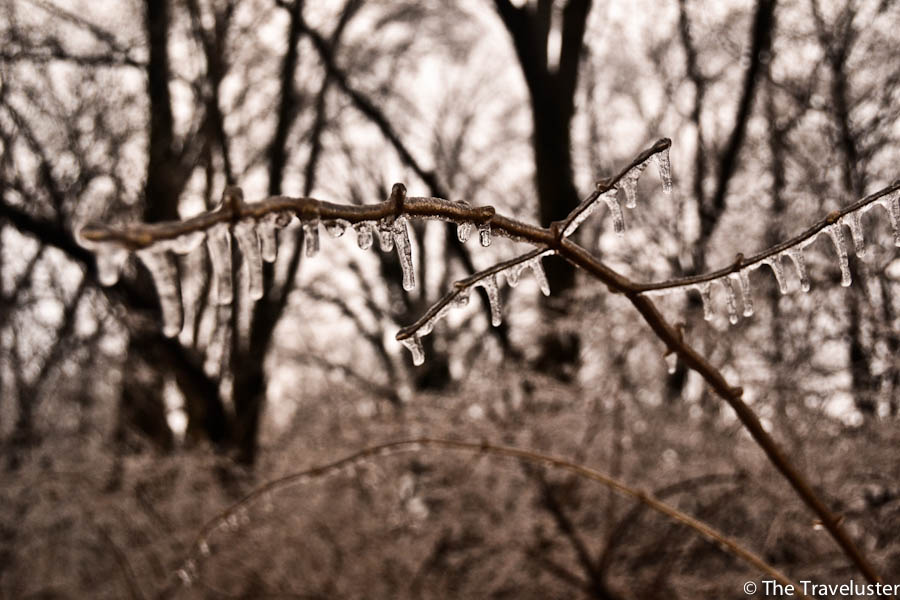 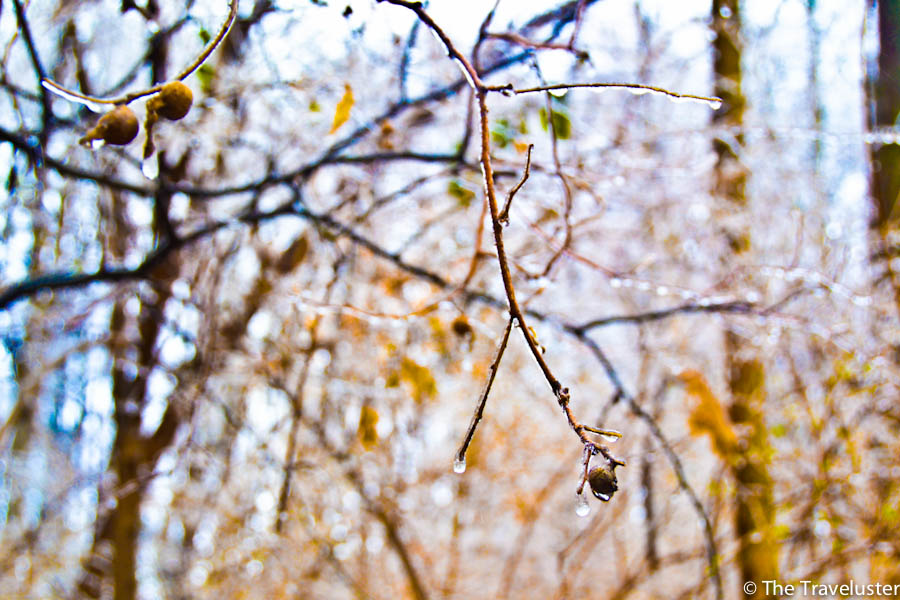 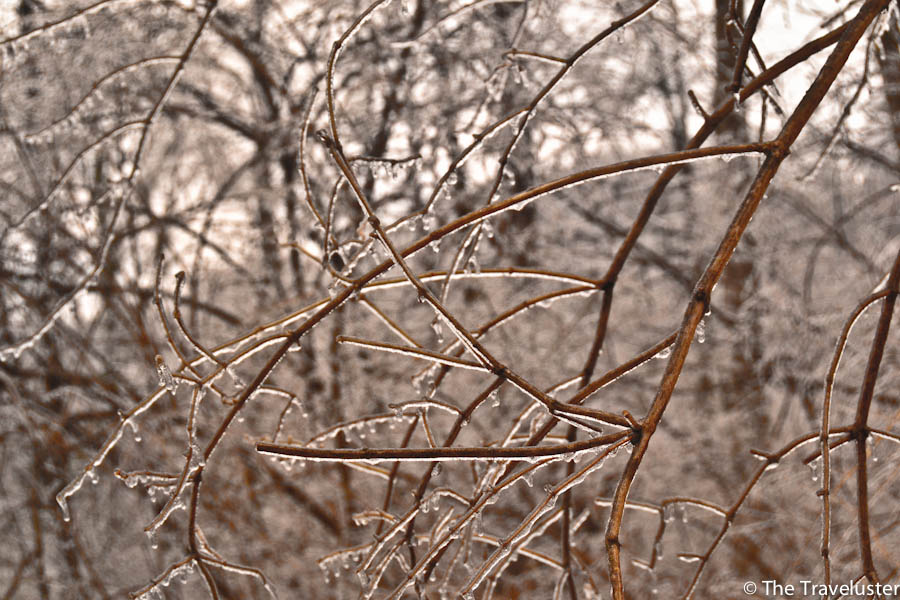 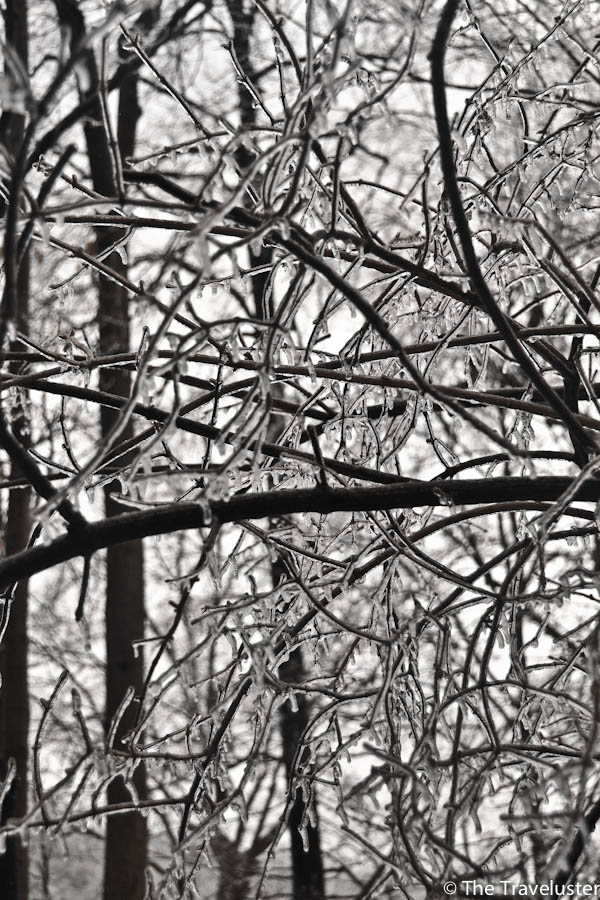 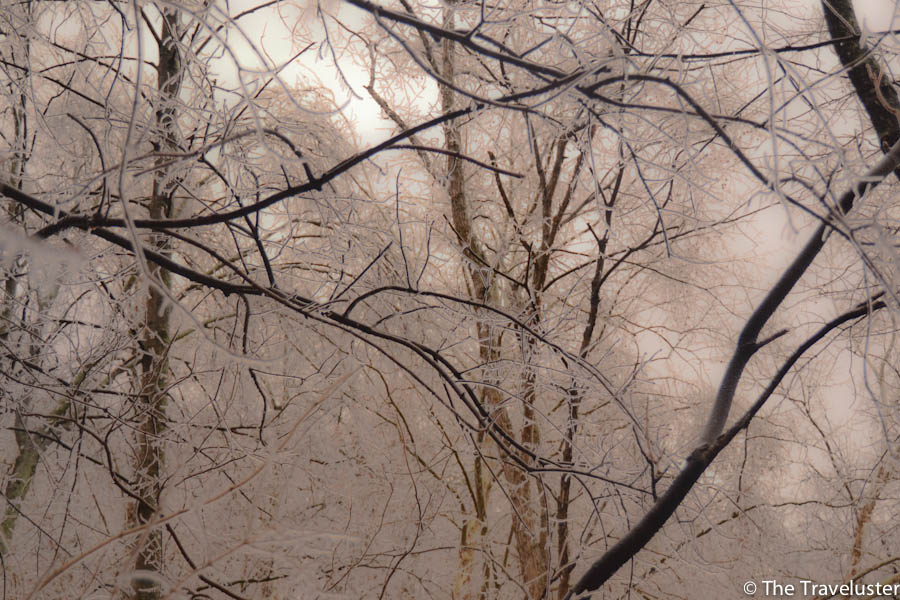 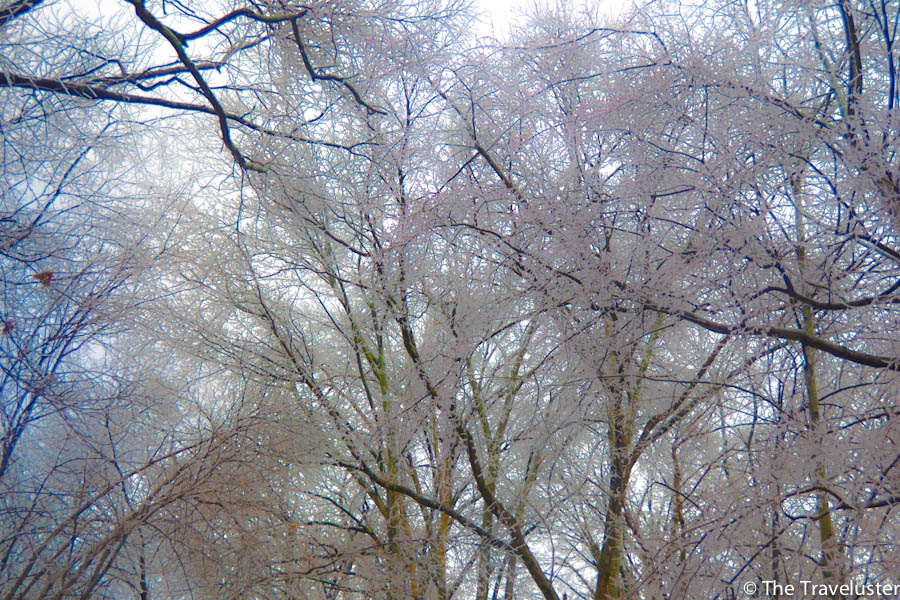 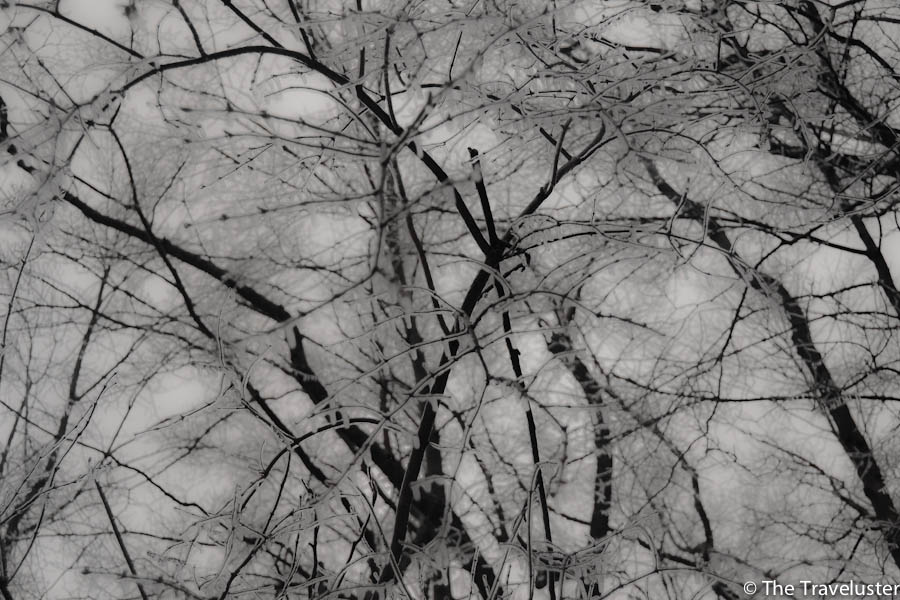 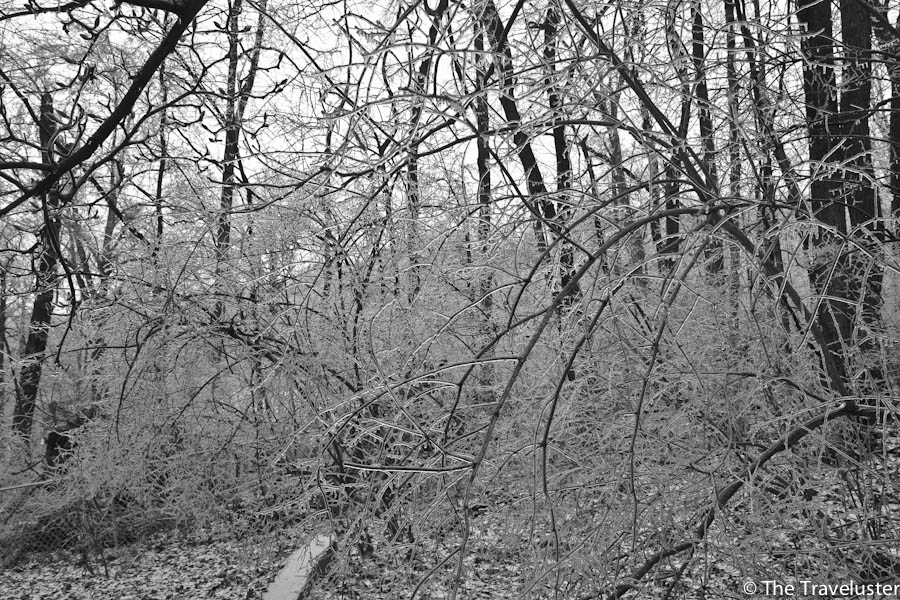 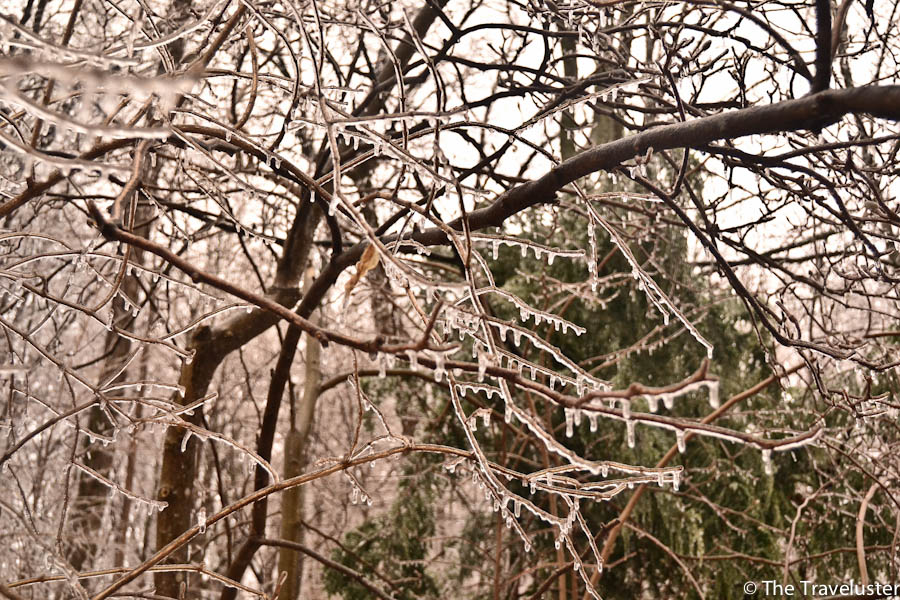 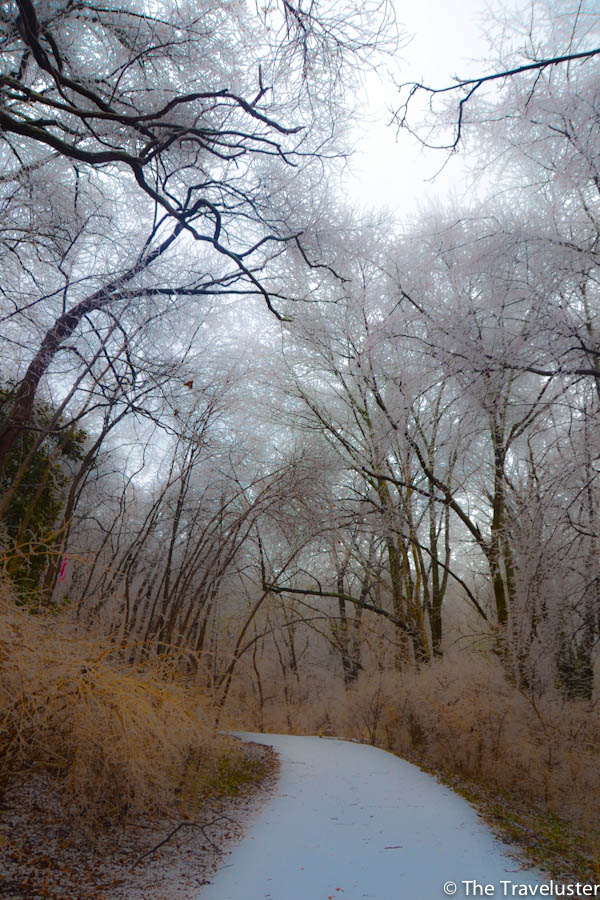 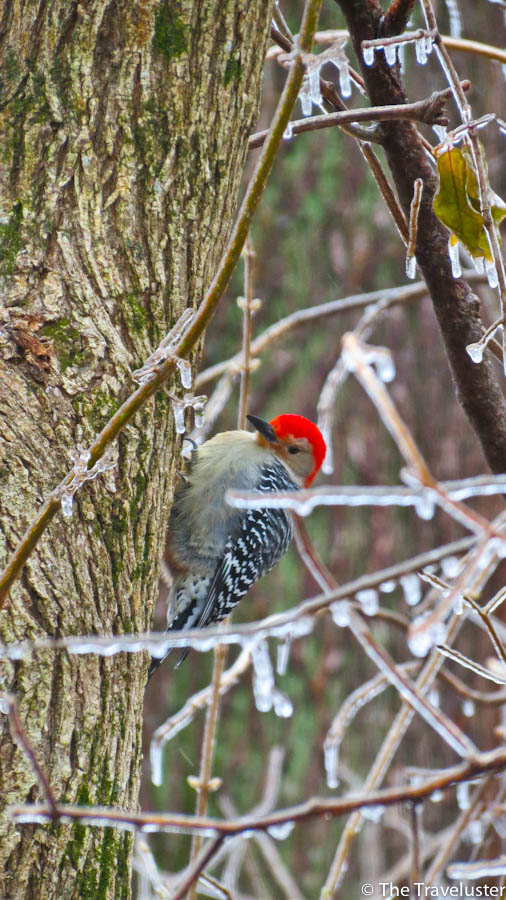 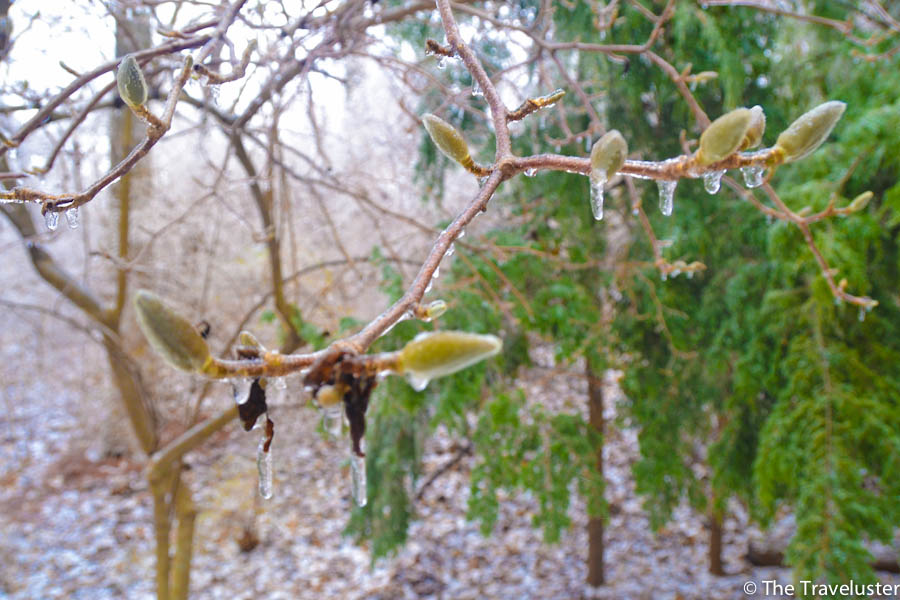 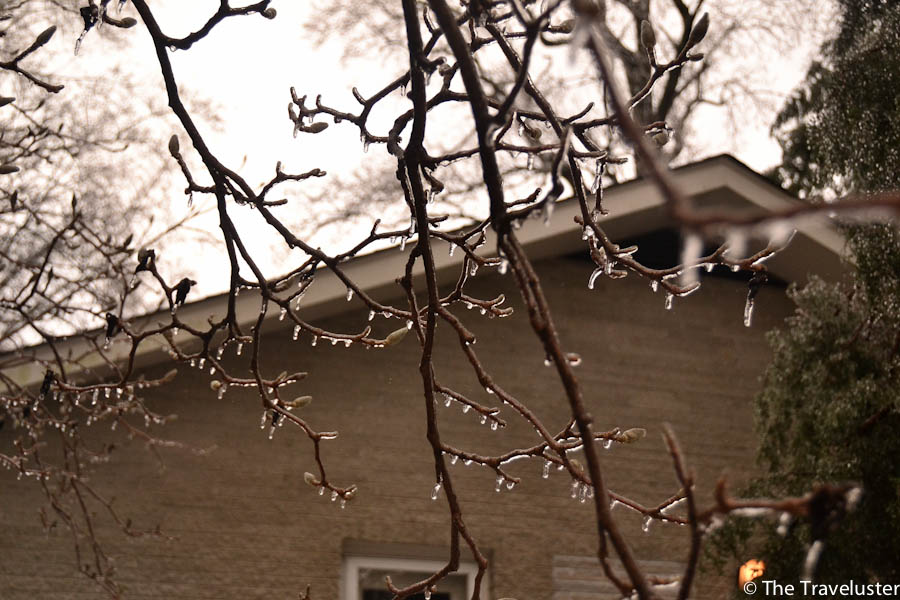 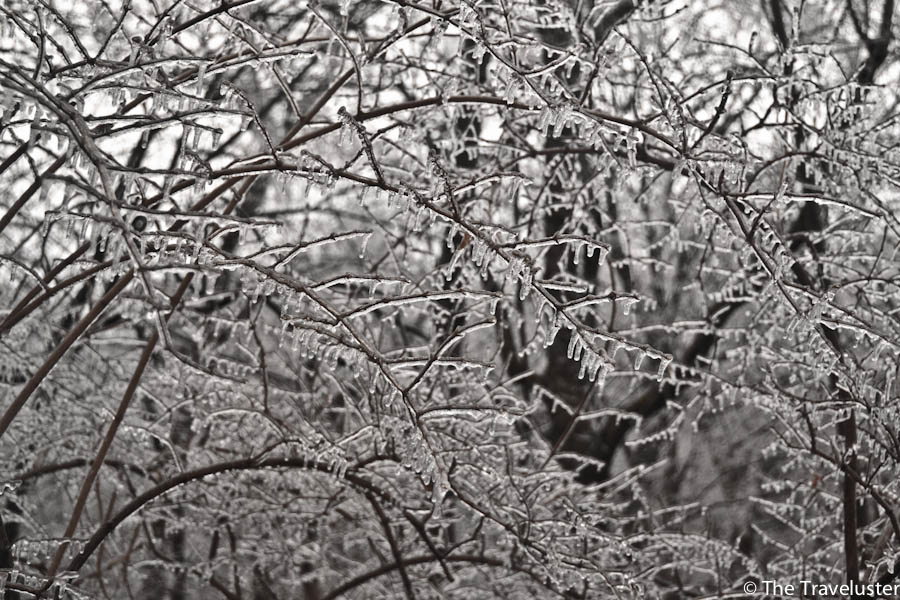 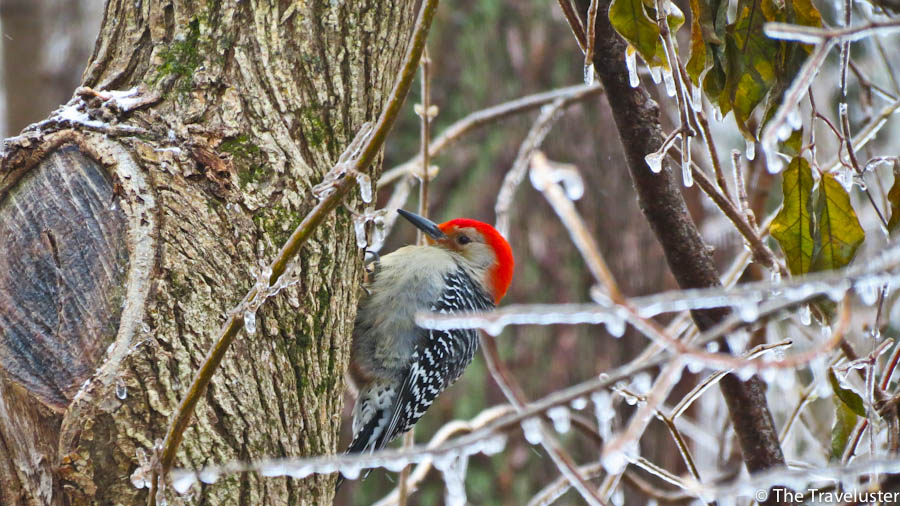 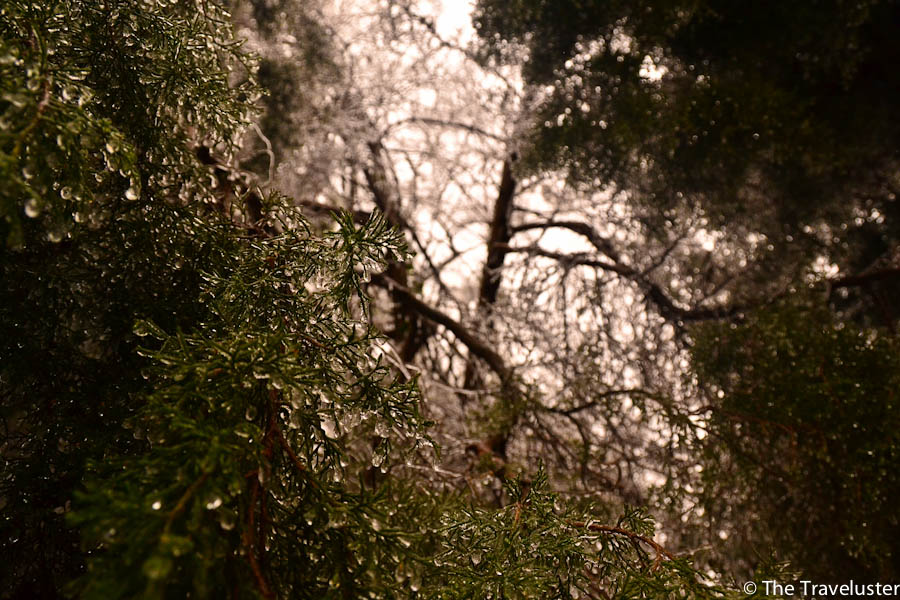 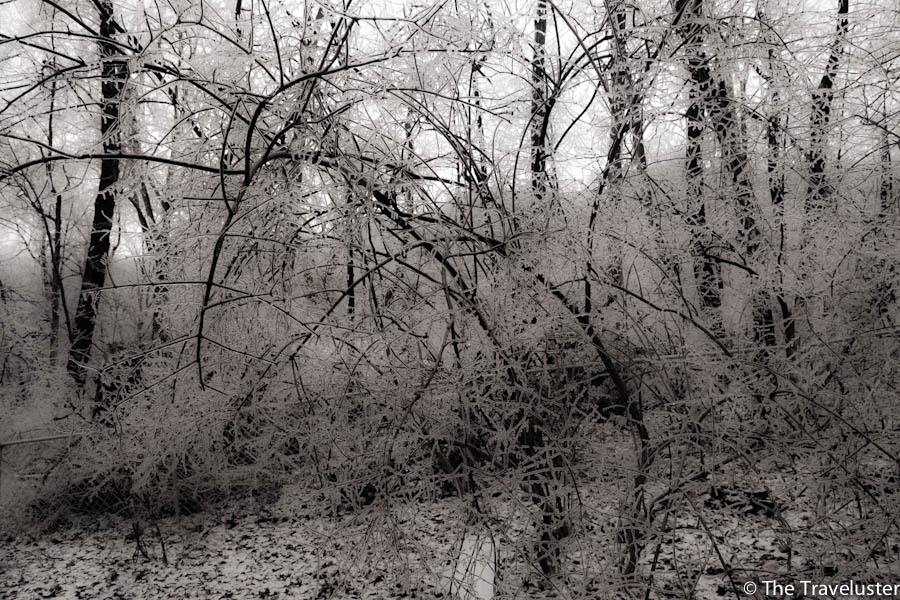 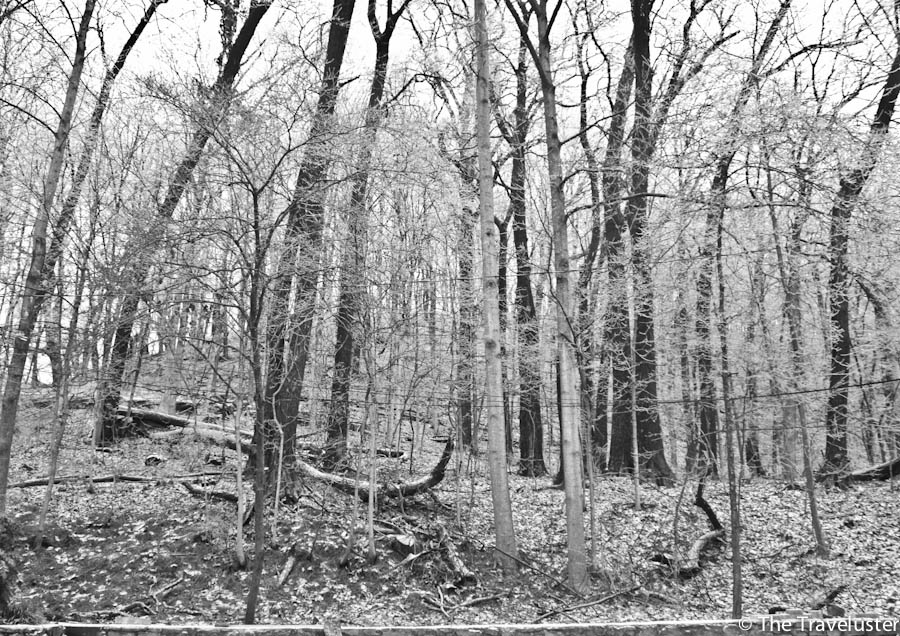 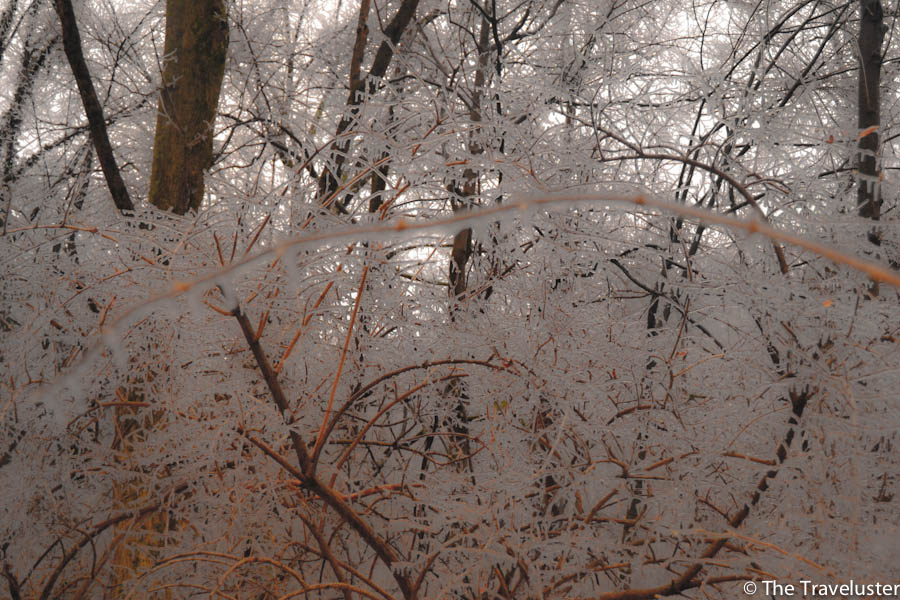 How’d I do? I hope I did my stunning subject just a little bit of justice….