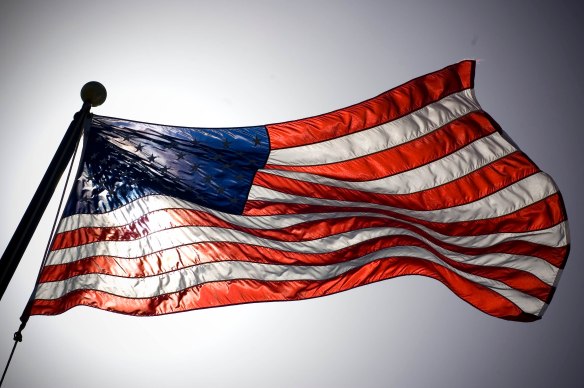 The one country I never seem to mention is the United States, my home and my heart. Primarily, this is simply due to the fact that Americans are usually the ones asking about my travel opinions. What I absolutely LOVE, though, is when I get the chance to travel with non-Americans and brag on my favorite country on Earth. I get such a kick out of hearing stories about people visiting us here and how much they love Americans and the wide open-ness of this great nation. “It’s just so BIG!” many will say. Europeans especially love our long stretches of highway and stunning spots in our massive national park system. On a recent overland trip to Africa, there were a couple of Swiss and German nationals caught taking photos of long straight roads (especially in Namibia). They explained that there was no such thing in their country.

It’s difficult being an American sometimes. Other nationalities have their various perceptions of what our country is, what it means to be an American, and where the U.S. sits in the scheme of world politics. Everyone has an opinion, and you just can’t win ’em all! Many love us, many seem to hate us. Some are thankful for American aid, some are envious of all the freedoms and wealth Americans seem to have. These sentiments may originate from (cultural) group perceptions, personal experiences, cognitive interpretation from media messaging, or any combination thereof.

I lived in Spain during the American invasion of Iraq. That was a tough time to be an American abroad. We weren’t very popular then. There were demonstrations in Portugal while we were in Lisbon. My friends claimed Canadian citizenship for fear of negative repercussions from protestors (protesting the war). I had mixed emotions about whether I should take a defensive stance, focusing on the many positive qualities of the U.S., or if I should enter into dialogues about how American foreign policy, indeed, needed to improve. Eventually, I went to graduate school, endeavoring to become an expert on that very topic.

After receiving my masters degree in International Peace and Conflict Resolution, and while I was working at The State Department, I had aspirations to join the U.S. Foreign Service so that I could be an ambassador for our country and promote American policy and cultural ideals abroad. I slowly came to realize that I didn’t need to work for the government in order to show the world how great our country is. All it takes is travel and meaningful interaction with people from other cultures.

For example, while I was living in Spain during the U.S. invasion of Iraq, one of my roommates was a Muslim Moroccan fella. He was a pharmacist, as well as one of the nicest people I had ever met in my life. He became a big brother figure to me, and a lasting friendship ensued. Our experiences together ripped down the superficial, cultural barrier of misperception between us. He made the comment to me once, “It’s so nice to know that Americans aren’t all bad like George Bush.” (note: this is not a political blog, but I don’t think George Bush is bad! This is an illustrative example of how many cultures interpret what they see and hear in the media and form sweeping “group think” opinions).

My point is that he admitted that he had an incorrect mis-perception about Americans before he got to know me. It warmed my heart to know that I could have this effect on just one person. That’s how we change the world, right? One person or small action at a time? On the flip side, I realized that Muslims and Arabs were getting a really bad rap at home, post 9-11, so I set a life goal to help change that, the misperceptions and breakdown of communication on both sides.

Getting back to the heart of the matter, I love the U-S-A. I do consider myself worldly, open-minded, somewhat left of center, and a global citizen (a la Angelina Jolie, just not quite as famous or beautiful). I LOVE experiencing other cultures and traveling to other countries, but not at the expense of my own culture and country. If anything, every time I leave home to experience a new place, my appreciation for where I come from is enhanced exponentially. My family traveled often while I was growing up. My Dad would always say, “It’s so great to go somewhere, but it’s even better to come home.” I couldn’t agree more.

God bless the USA! The land of the free and the home of the brave! Happy birthday, America. I love you.