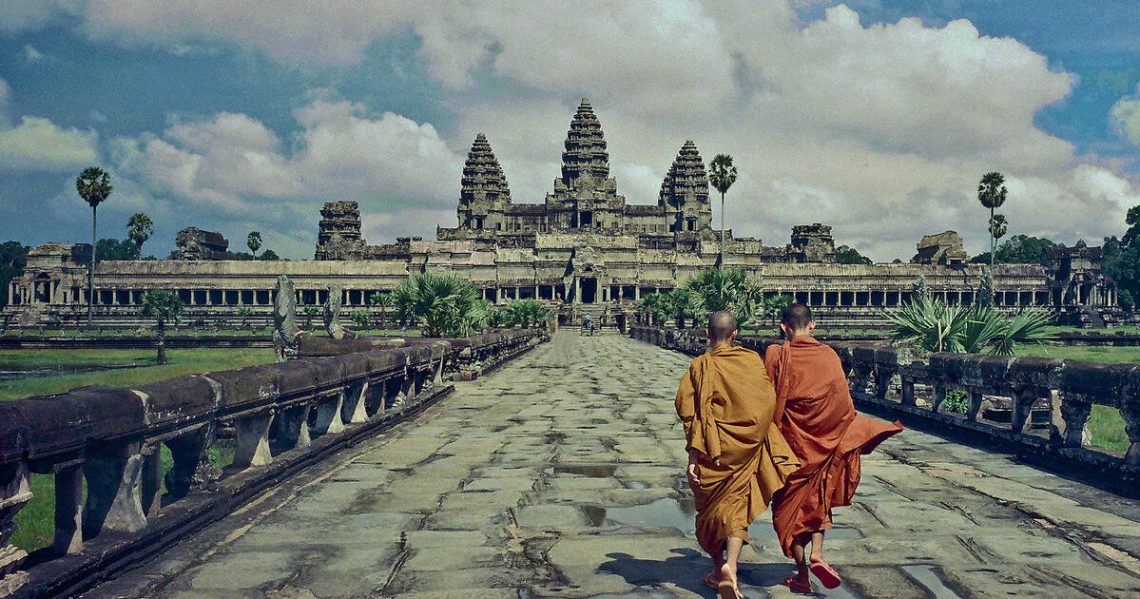 Angkor was the capital during the golden age of the Khmer civilization, from the 9th to the 13th centuries. The main temples in the city were built between 802 and 1432, a period when the Khmer civilization consolidated its position as one of the great powers of Southeast Asia. The first King, Jayavarman VI, established himself as a god-king (devajara) with all-encompassing powers. Every king thereafter attempted to outdo their predecessors by constructing larger, more magnificent temples. The product of this grandiose behavior and cultural pride is today’s vast, amazing Angkor ruins complex. Lucky for us travelers that these kings were so competitive!

Me and Jo (and Claudia’s back) in front of Angkor Wat. Photo credit: Yogi Patel.

Angkor Thom (“Great City”) is an ancient, royal city that is encapsulated by a moat and a wall, and it houses some of Angkor’s greatest treasures: Bayon, Prasat Palilay, and Terrace of the Elephants, to name a few.

Check out this video on Youtube of Prasat Palilay to hear the screeching, terrifying sounds of the jungle bugs (cicadas) or this one taken at Ta Prohm. And I thought we had loud insects in southern Louisiana!

King Jayavarman VII built the temple, which contains 216 gargantuan stone faces, around 1200 AD. Some say that this was the pinnacle of his massive building campaign. Bayon was consecrated as a Buddhist temple, although it was originally intended to embrace all the religions of the kingdom.

Do you ever get the feeling that you’re being watched???  I think that was King Jayavarman VII’s intention (some scholars say that many of the faces resembled the great king himself). 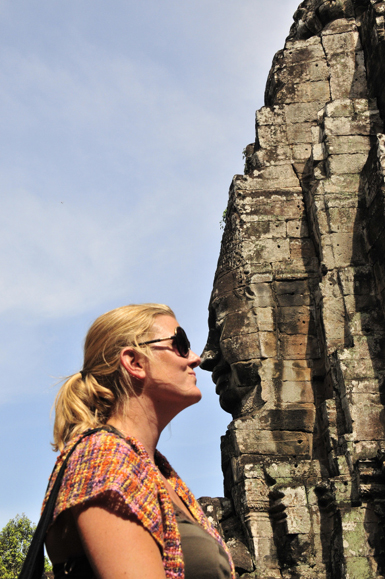 In addition to the large stone faces, Bayon is famous for its 1200 meters of bas-releifs, incorporating  some 11,000 figures.

Terrace of The Elephants

The 350 meter long terrace contains a gorgeous bas-relief frieze depicting tigers, garudas, and of course, elephants. It was once topped by wooden pavilions, adorned with gold-framed windows, and was used as the King’s grand audience hall (where he would also view parades and public ceremonies).

Moving on from Angkor Thom’s sites, the nearby Preah Khan offers excellent ruins for exploring.

Preah Khan, the only temple with round columns, was built by Jayavarman VII and dedicated to his father.

Ta Prohm is not the only temple being devoured by the forest.

Some of these images are slightly reminiscent of Mayan Temple sites, like Tikal National Park in Guatemala, but that’s for another post…

Cambodian children fascinate me. They are so unintentionally photogenic. I think my camera fascinated them just the same.

We survived 12 hours of temple-going in the sweltering heat! I wish (and I think I speak for most of our group) that we had spread touring Angkor out over at least a two day period. It would have been more enjoyable, and we would have likely seen more sites than we did.

Now, just to check in with my readers

What do you think about this post? Too much history? Too many photos? Too much or too little text? It is difficult to gauge how to convey these fabulous, historic sites when there is so much information to digest and share. Would you prefer more personal stories? Less data, more humor? Or would you like more historic details? What about my advice, more or less?

Please feel free to leave your feedback in the comments section below! 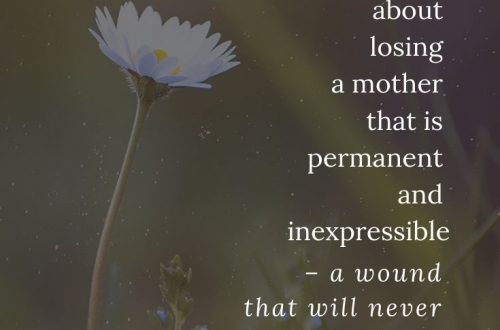 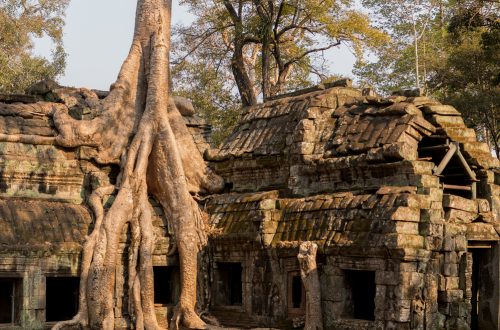