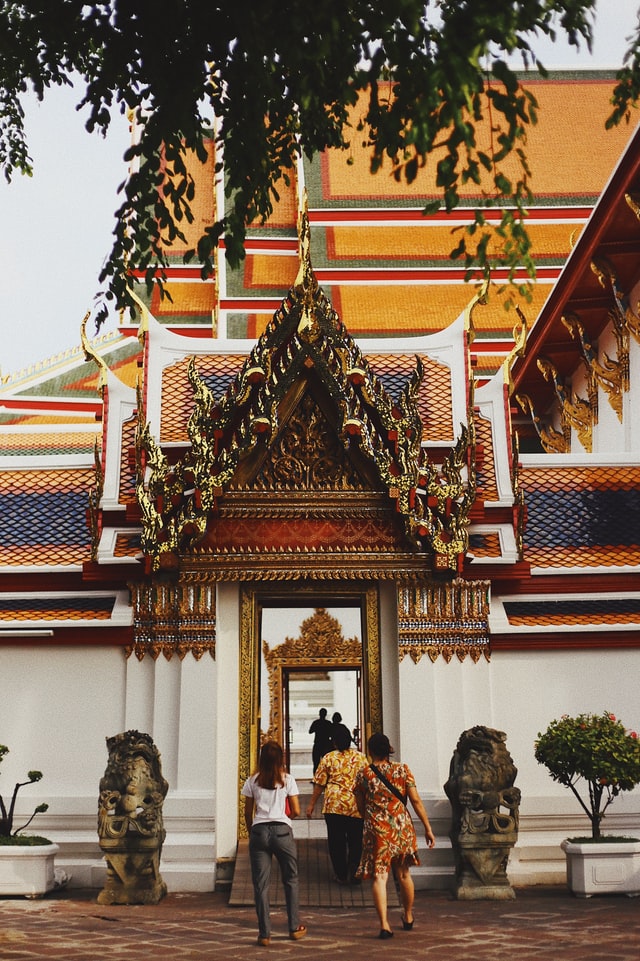 With it’s eight million some-odd inhabitants (fourteen million live in the metropolitan region, making Bangkok an extreme primate city), it is the largest city in Thailand with one of the busiest airports in Southeast Asia (second only to Jakarta, Indonesia). With heavy traffic, it takes a good hour to traverse from one side of the city to the other. The skyscrapers emit an electrifyingly bright array of colorful lights (check out these images). Some are covered in huge advertisements. Speaking of, the billboards are about 5 times the size of those in the U.S! The skyline is sure to impress at night (not so much during the day).

If you travel anywhere in Southeast Asia, you will more than likely connect through Bangkok, so why not spend at least half a day exploring the city? For my family’s first Bangkok experience (we returned at the end of our vacation for another full day), we only had about four hours to explore before we headed North to Sukhothai on a Thai public bus.

There are so many things to do and see in Thailand’s capital. If you have a day or two, you can definitely squeeze in most of the highlights, but if you are simply connecting to another city, country, or launching from Bangkok to explpore the rest of Thailand, you will have to be selective in what you see and do.

Any list of Bangkok’s highlights will include Wat Pho, one of the city’s oldest and largest monasteries.

During our first day in Bangkok, we managed to escape potentially excruciating heat in one of the world’s hottest cities when the cloud cover rolled in, providing shade and some breeze before an afternoon thunderstorm.

We toured the famous Wat Pho, with it’s towering and colorful stupas, massive reclining Buddah (160 feet), and Buddhist prayer temples. The original temple was built hundreds of years ago (construction started in 1788 as a restoration of a previous temple on the same site, called Wat Phodharam), but the buildings and grounds are constantly renovated and enhanced using the Thai donations and money from entrance tickets sold to tourists. 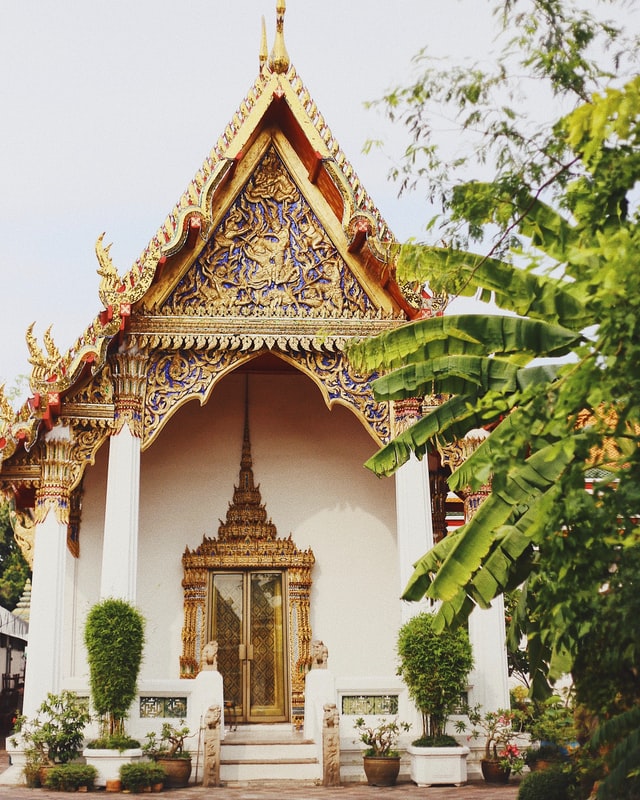 The fabulous reclining Buddha’s feet are decorated with exquisite mother-of-pearl inlays. Prior to the temple’s founding, the site was used as a center of education for traditional Thai medicine, evidenced by the many statues showing yoga positions. 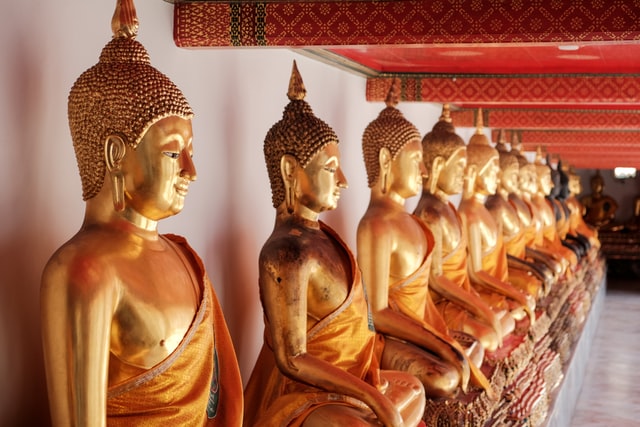 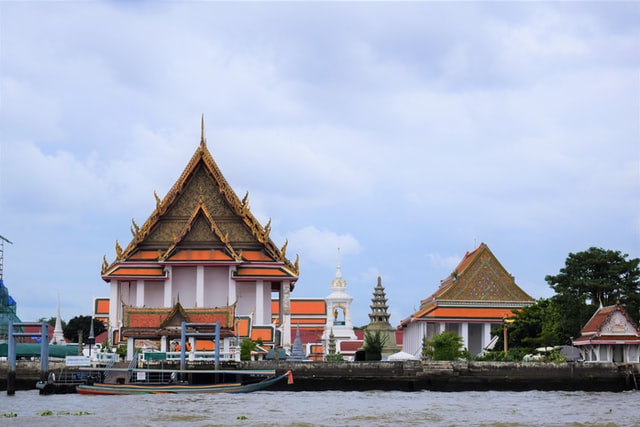 Next, we boarded a longtail boat to cruise the Chao Phraya River and canals. We joked that it was like an Asian Venice or Amsterdam. The coolest part of the hour-long journey was boating along the canal “streets” in between people’s homes and shops and catching a glimpse of their daily routines. People were often just hanging out in their homes, doing laundry or other chores, buying items from food boats that passed by, or just relaxing.

One of my favorite things about Southeast Asia, and Thailand in particular, is the friendly people. They always greet you with a warm smile and seem genuinely interested in sharing their wonderful culture and home.

We stopped at a place where you can purchase bread rolls and feed the massive catfish. Apparently, this is a popular tourist stop. 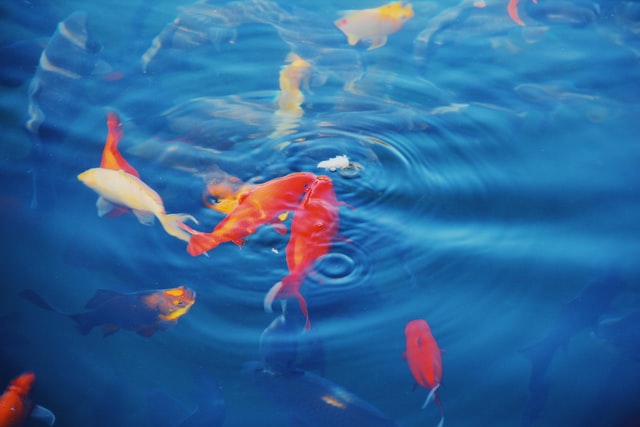 We encountered vendors along the way who wanted to sell us all sorts of interesting things like these sticks (I can’t quite remember if they were pencils or sparklers or…?). 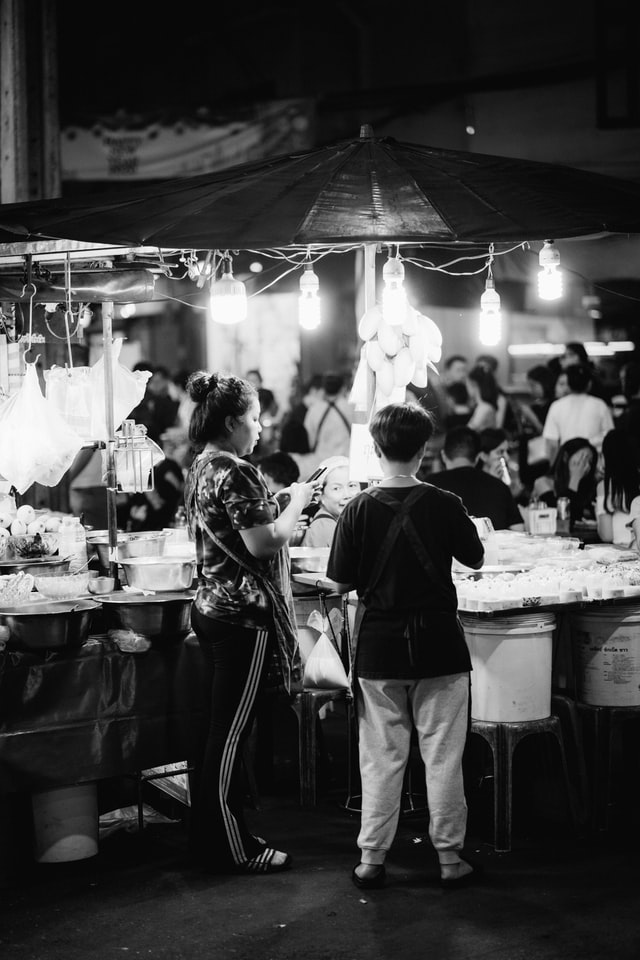 Bangkok in a Half Day

If you have half a day in Bangkok, I would recommend the two-part tour of Wat Pho and Chao Phraya River and canals. It’s a good combination of architectural, religious and cultural sites, and it is nice to mix the land and water settings.

Check back with The Traveluster for more about the banging city of Bangkok, including nightlife spots and other must-see highlights! 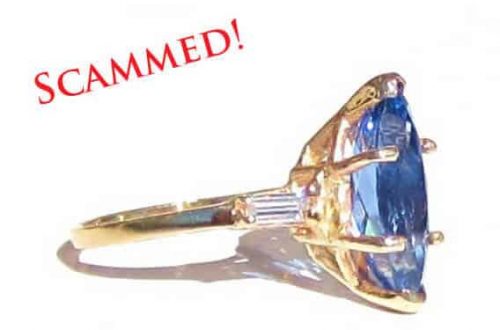 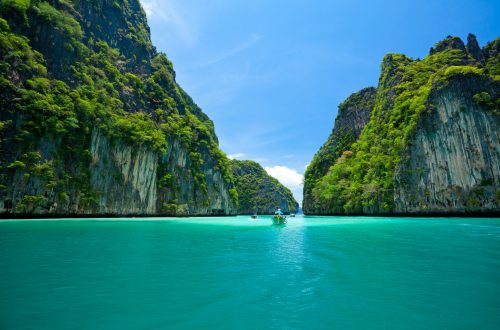