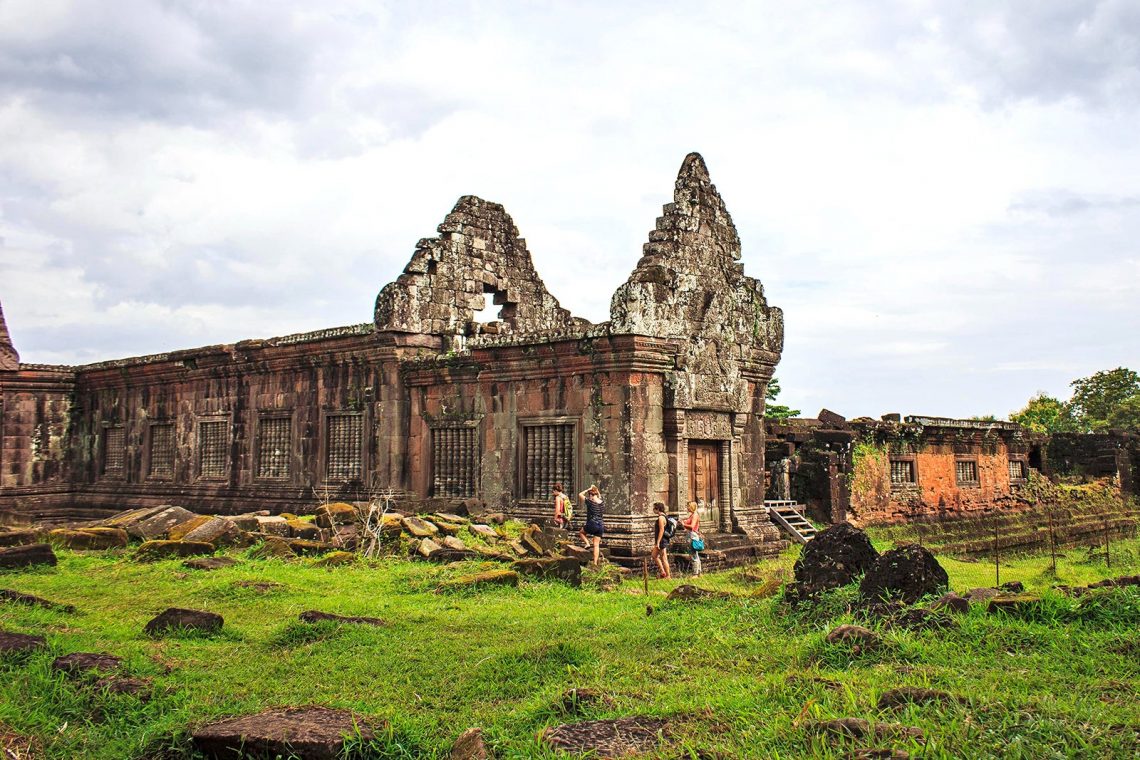 Imagine for a moment…. a multi-tiered, exceptionally preserved, 1000 year-old complex of ruined palaces and temples, a Hindu turned Buddhist sanctuary, nestled in the mountains in the Mekong valley.

Strolling up the naga walkway.

As I mentioned in my previous post, many people venture to (mostly) remote southern Laos to visit the Khmer-era ruins of Vat Phou Champasak (also spelled: Wat Phu). This UNESCO World Heritage Site (#481) dates back to the Angkorian period and is one of the most impressive and important archeological sites in Laos.

The site sits picturesquely at the base of a mountain and may be reached via Pakse (two hours), or you may opt to stay in sleepy, one-street Champasak or Don Deng, as we did. Wat Phu is divided into an upper and lower parts, joined by a steep and precarious stairway (more on that steep stairway in a bit).

Two ruined palace buildings reside in the lower portion at the edge of a large rectangular pond. The temple sanctuary sits atop the upper portion, which once contained a large shiva phallus. Originally Hindu, the site was converted into a Buddhist temple, although the Hindu sculptures remain.

View of the lower portion palace buildings from the top.

Climbing Up, Up, Up

The naga walkway and stairway leading to the upper sanctuary are lined with jacaranda trees (dok jampa). These lovely, white blossoming, whimsical trees add to the natural mystical aura of the place.

You know how I mentioned those precarious stairs earlier? Well, I nearly broke my ankle, at least ten times. It would have been nice to know not to wear flip flops (come on, it’s HOT in southern Laos!) on this little expedition. If I only I knew then….

These were some seriously saggy, steep, and uneven stairs. Wear your trainers (sneakers, tennis shoes, running shoes, whatever you prefer to call the athletic-purpose foot-gear with laces) not your flip-flops!!

UNESCO describes Vat Phou Champasak as a “remarkably well preserved planned landscape” for it’s 1000 year-old existence, and that it is an “outstanding example of the integration of symbolic landscape of great spiritual significance to its natural surroundings.”

Many make the pilgrimage to Wat Phu for religious and spiritual reasons. This is a sacred Buddhist site, after all.

I wonder if the sticks are intended to hold up the massive rock-face? Hmmm….

And here I am, your narrator.

Wat Phu was created to express the Hindu vision of the relationship between humanity and nature, expressly apparent in the use of an axis from mountain top to river bank, filled out with a geometric pattern of shrines, temples, and water formations.

Once at the top, you are rewarded with spectacular views of lower Wat Phu and the Mekong valley. It’s definitely worth the climb!

Also located on the upper sanctuary level are the enigmatic crocodile and elephant stones!

This one looks like snakes to me, a naga maybe?

Heading down was not much easier than trucking it up the stairs. Again, I was wishing for sneakers here instead of flip flops!

As always, thanks for stopping by! 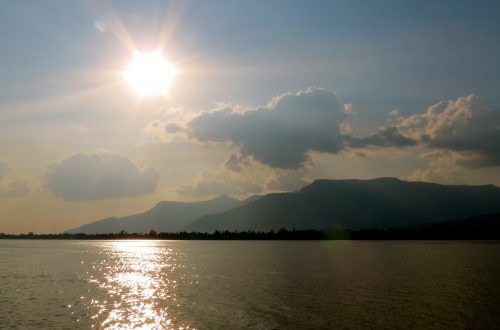 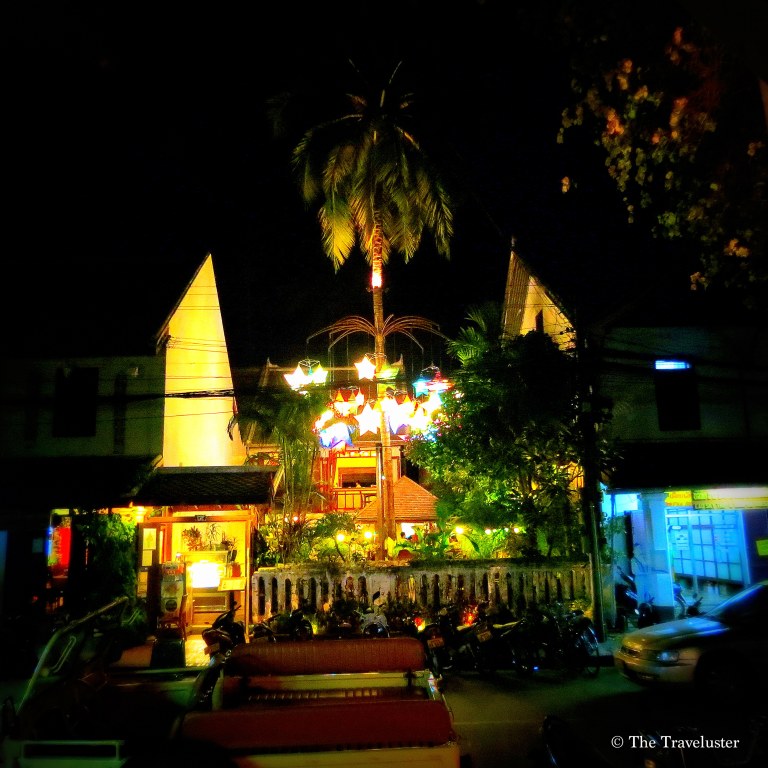 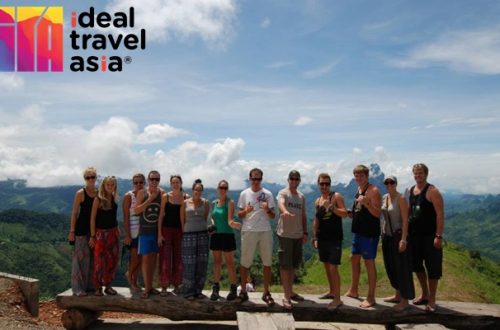