I am thrilled to present a guest post by Marielle Green, a fellow anthropologist and travel blogger. Enjoy this fascinating look into a rural, ethnic Chinese village called Huangluo Yao!

My friends and I marked the beginning of 2013 by visiting a village whose women are celebrated for their long hair.

We were taking advantage of our short holiday to visit Guilin, a tourist hotspot in the northeastern part of Guangxi Province, China.  We didn’t know much more about Guilin than this: it was supposed to be beautiful, you could ride boats down the Li River, and visit some rice terraces.

We learned quickly that since it’s a huge tourist attraction, every scenic spot is marketed as a “package tour.”  Even during the low season.  But, believe me, it’s worth it.

The tour of the Longji Rice Terraces included a tour of the Huangluo Yao “Long Hair” village and tickets to a performance.

Before living in China, I had no idea there were so many minority ethnic groups and autonomous regions other than Tibet/Xizang.  Guangxi is actually another such autonomous region, and is home to the Yao and Zhuang minority groups. 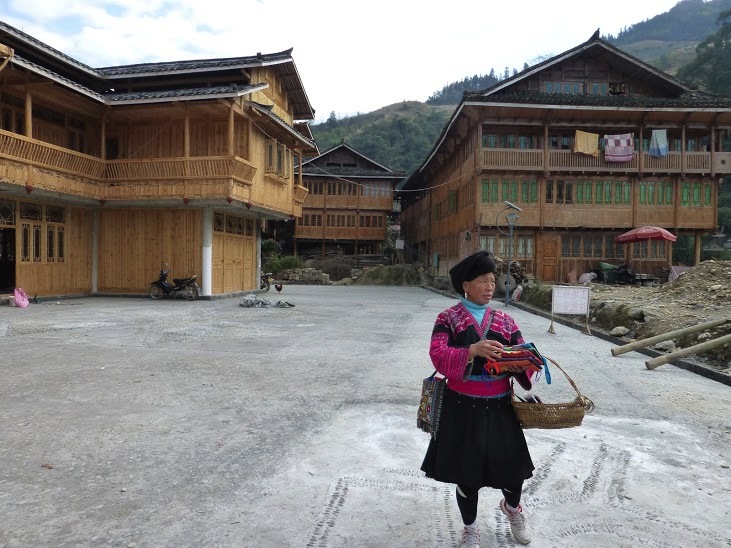 A Yao woman waiting near the entrance of the Huangluo Yao village.

The tour wound through the streets and into homes, where people actually lived.  Or so our guide assured us.  Some women wandered around offering brightly colored merchandise and bargaining hard.  In English. 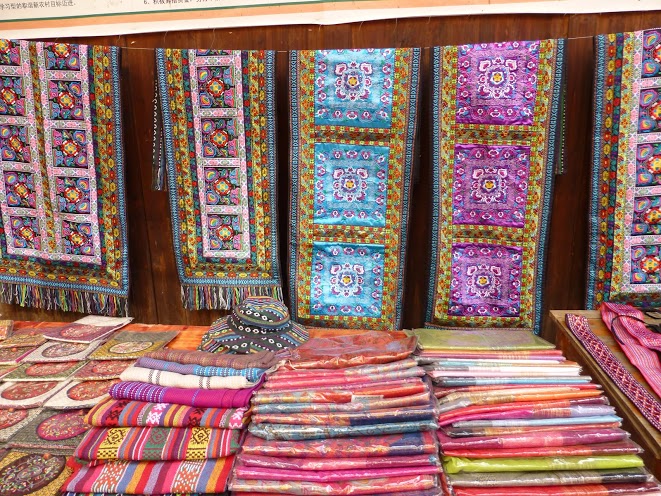 Following the tour, we gathered in the rather grand-looking performance hall to listen to folk songs and see demonstrations of traditional ceremonies.

The claim to fame of this minority village is their long hair, which women cut once in their lifetime when they’re around eighteen.  But once they cut it, they keep it forever as a symbol of luck, or wealth. 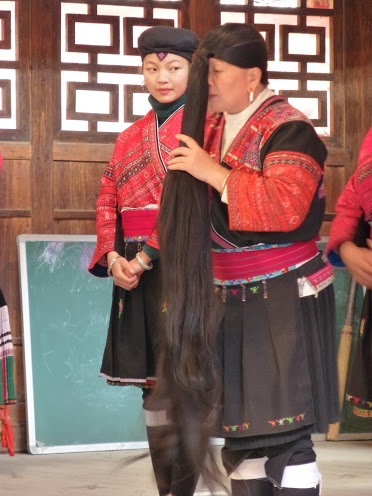 Older Yao women demonstrating how they bind their hair. 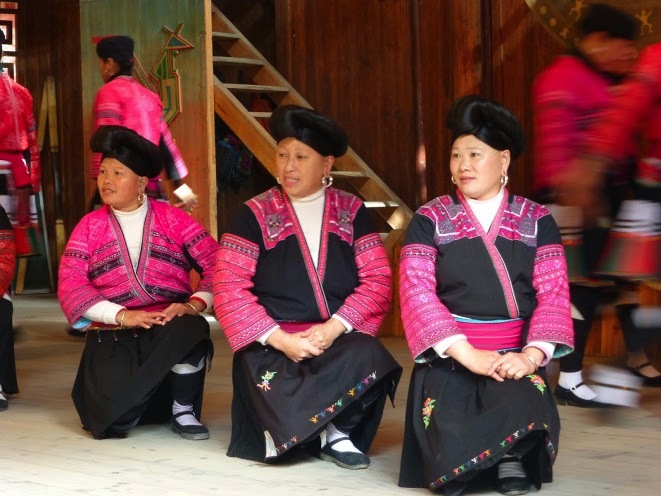 It’s coiled around their heads and held in place with just one comb.

The hair is definitely a unique trait and they know it.  A friend of mine paid 10 yuan ($1.60; to put it in perspective, a cheap meal in China is around 6 yuan) to have a photo taken with one of the women.  She bargained hard.

In addition to their hair, the Yao women are also known for their singing, and they kept it up throughout the entire performance.  It’s possible they were singing the Yao equivalent of “Mary had a little lamb,” but it sounded infinitely cooler and quaint.  The foreign language effect.

The showmanship aspect was dominated by the women: their singing, their unique long hair, the bright costumes, the booths, and the bargaining.  The only time the men were present was when they demonstrated part of the wedding ceremony to audience volunteers.  Otherwise, they hung around on the outskirts, obviously not a part of the show, or worked on the village buildings.

There’s no denying that it was definitely a touristy experience.  We saw an ethnic village and traditional culture, but on their terms, carefully calculated to appeal to foreigners.  Some might decry this as a worthless, inauthentic place. . .but I’m an anthropologist.  I’m coming at it from a different angle, the one arguing that forcing people to live in the past in the name of authenticity is in fact inauthentic, because culture is constantly changing.

Ethnotourism is a tricky subject.  It was strange to wonder around a working village, part of a tour that probably runs daily, gawking at people like they’re attractions and not. . .people.  Had I the requisite language ability, it would have been awesome to be able to ask some questions about their daily life.  Or to nix the tour and visit that village, or another if I could, on my own.

But it was fascinating, seeing an ethnic village in rural China as well as how its people are trying to maintain their identity in the modern world.

All I can say is, they looked happy, and everyone in the village seemed to be involved in some way.  Some aspects were jarring, though, like the aggressive vendors, the tour of someone’s “actual home,” the brand new performance hall, the photo stations. But on the other hand, it’s all savvy marketing and practicality.

These are the negotiations they’ve made to thrive in the world they live in. 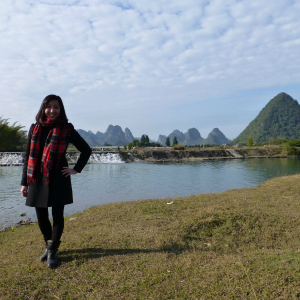 Marielle Green spent the past year teaching English and doing research on education in Hangzhou, China.  Currently, she’s enjoying apple cider, knitting up a storm, and reading far too much about social media.  For more about China, her other travels, culture, and thoughts on readjusting to life back in the States, check out her blog, Blazing speed of light machines. 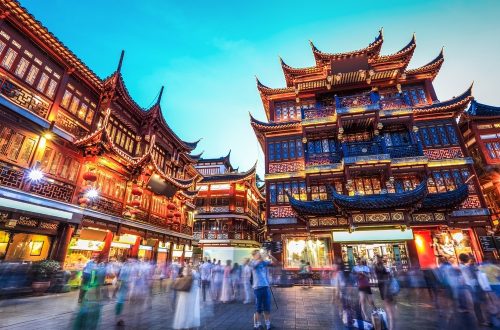 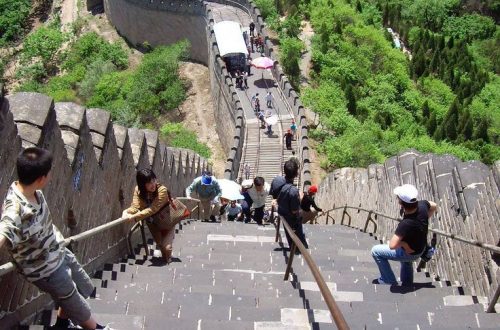 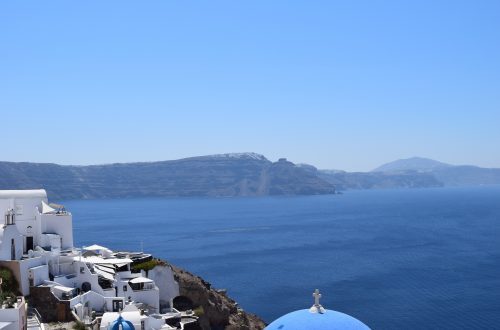